We were playing with balloons the other day and I thought we’d try an activity out I saw on Pinterest. I took balloons and numbered them 1-10 with a Sharpie. 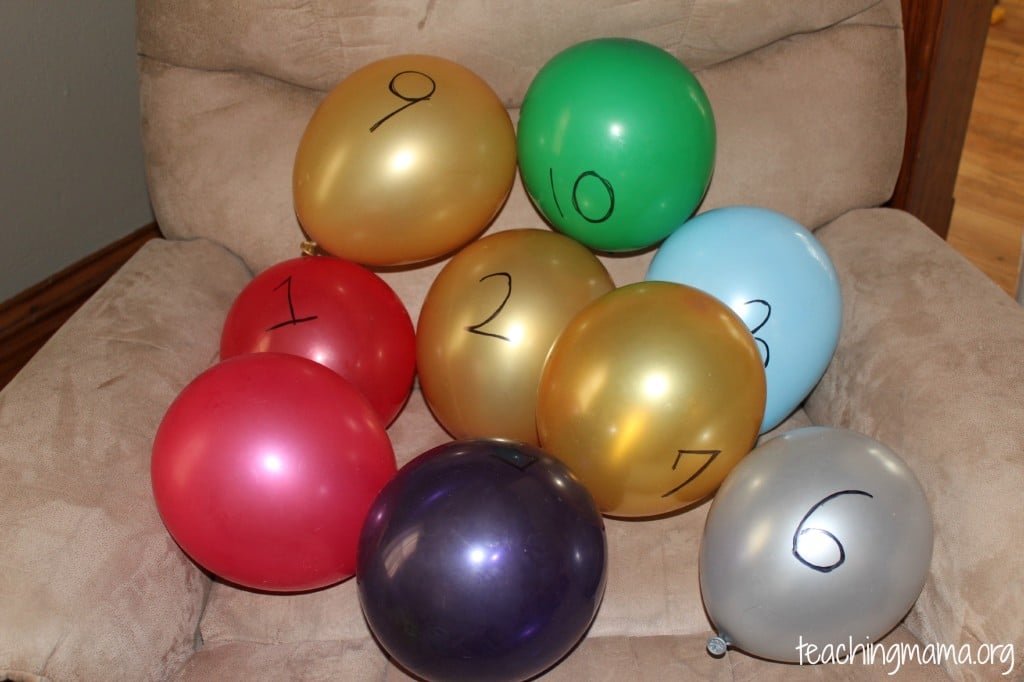 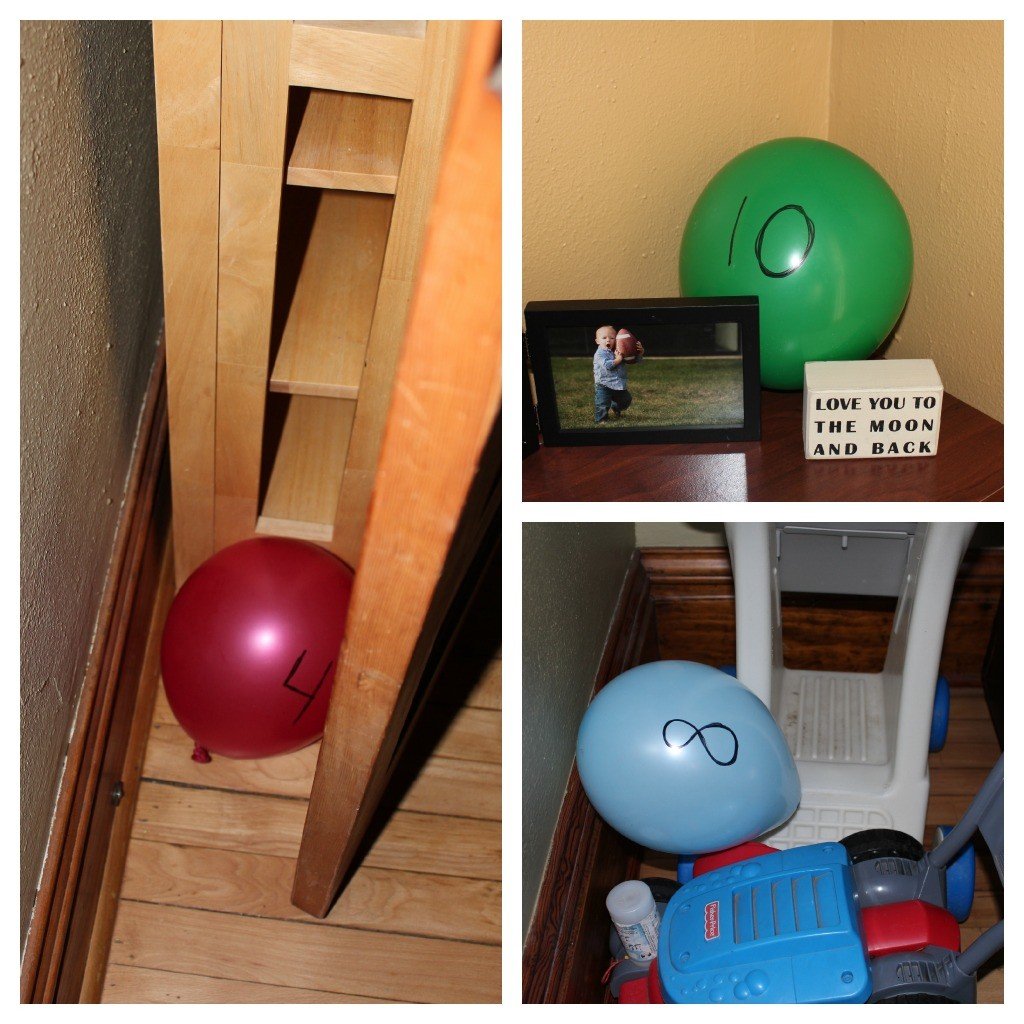 When he woke up, I explained to him that he needed to find 10 balloons with numbers on them. The only rule was that he had to start with #1 and had to find the balloons in order. For example, if he found #8, he had to leave it there until he was ready to find that number. 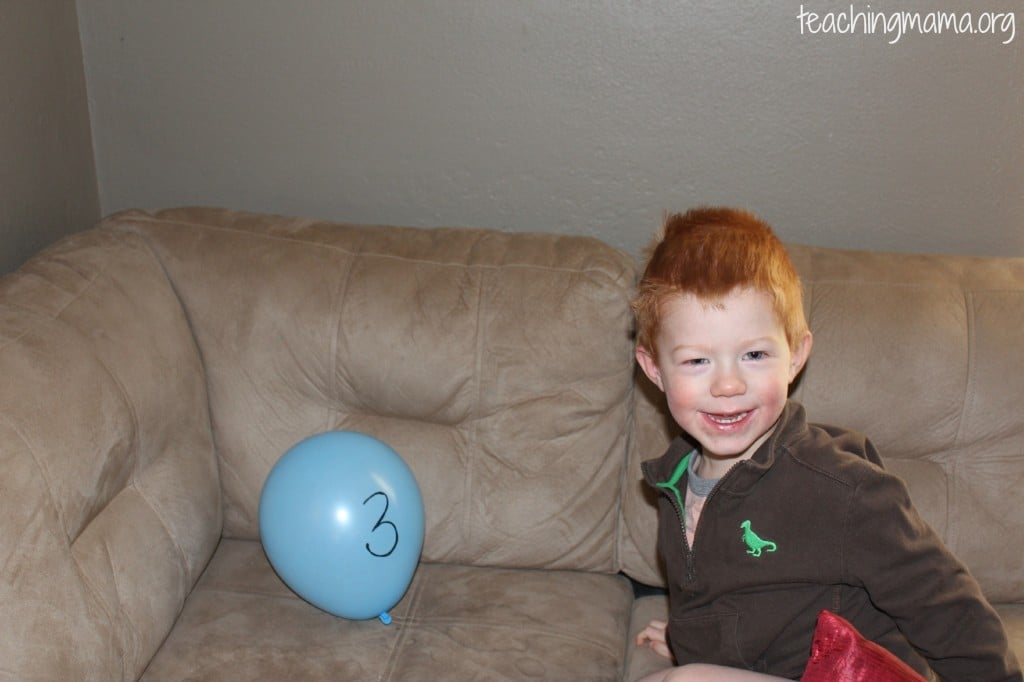 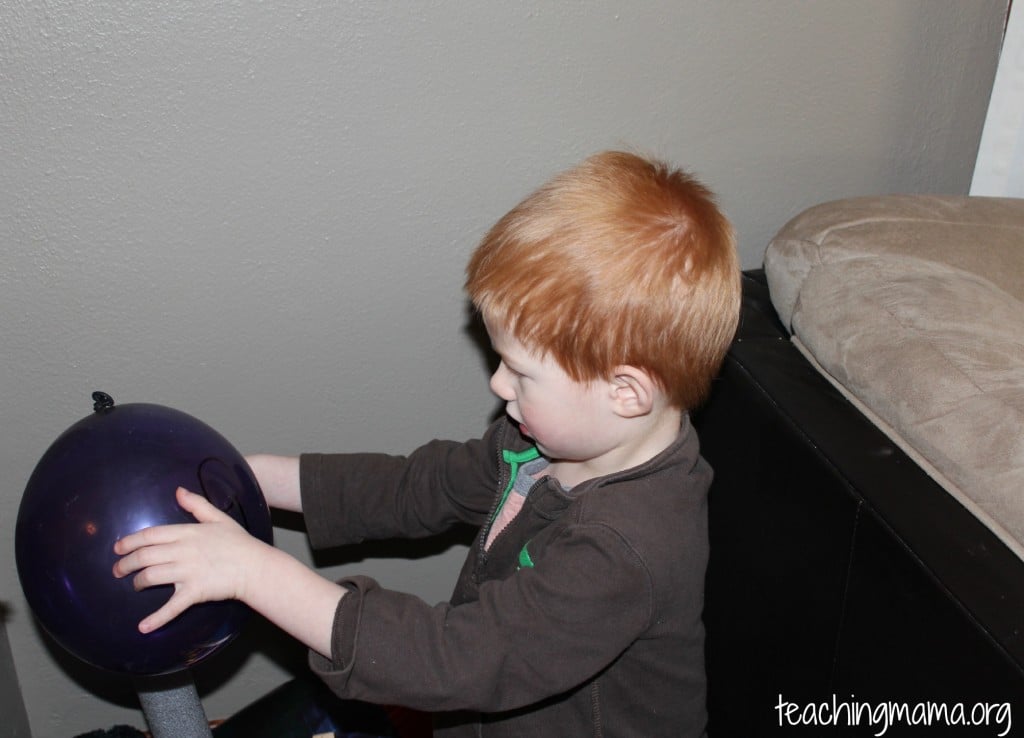 This was a good activity to practice recognizing numbers, order of numbers, and memory. When he found a number out of order, he put it back and had to remember where it was when he needed it. 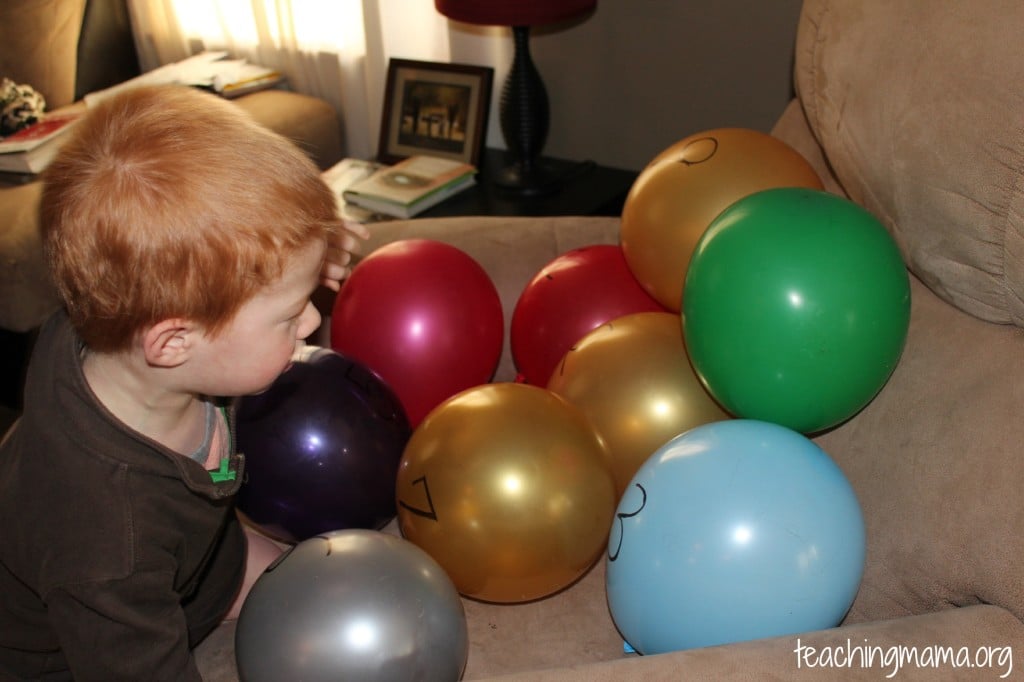 Then to add on to this activity, we talked about how when we add a 1 in front of the number, it adds ten to it and changes its name. For example 1+3= 13. I know this went WAY over his head, but he enjoyed coloring on the balloons and writing a ‘1’ on the balloons. 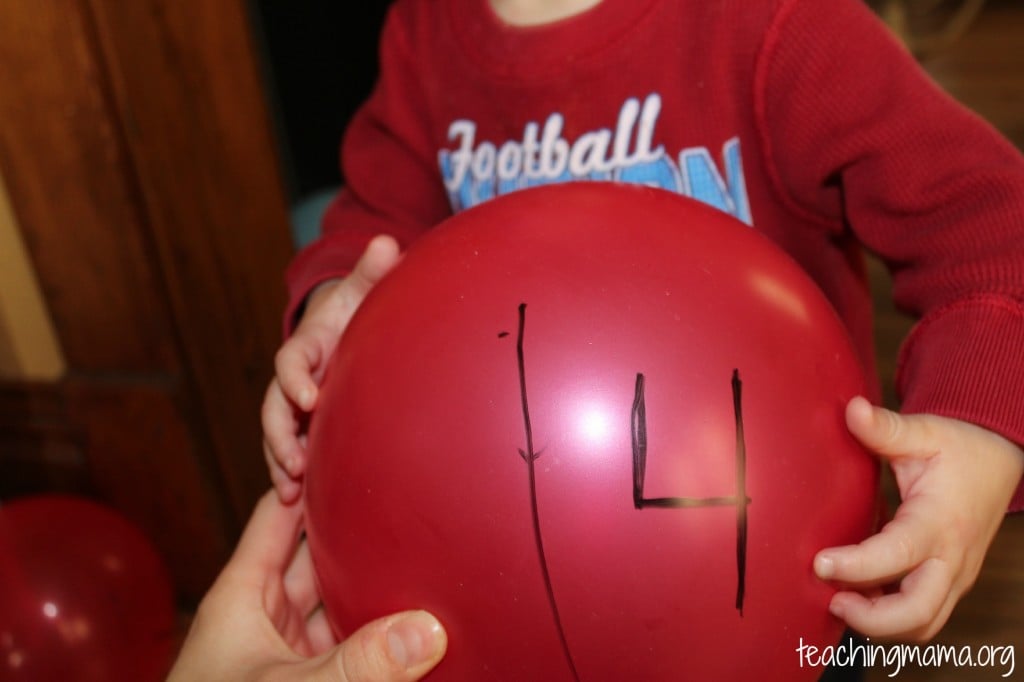 Then we played with the balloons!! We came up with 3 fun activities. First, I put a piece of blue tape on the floor and we played balloon volleyball! 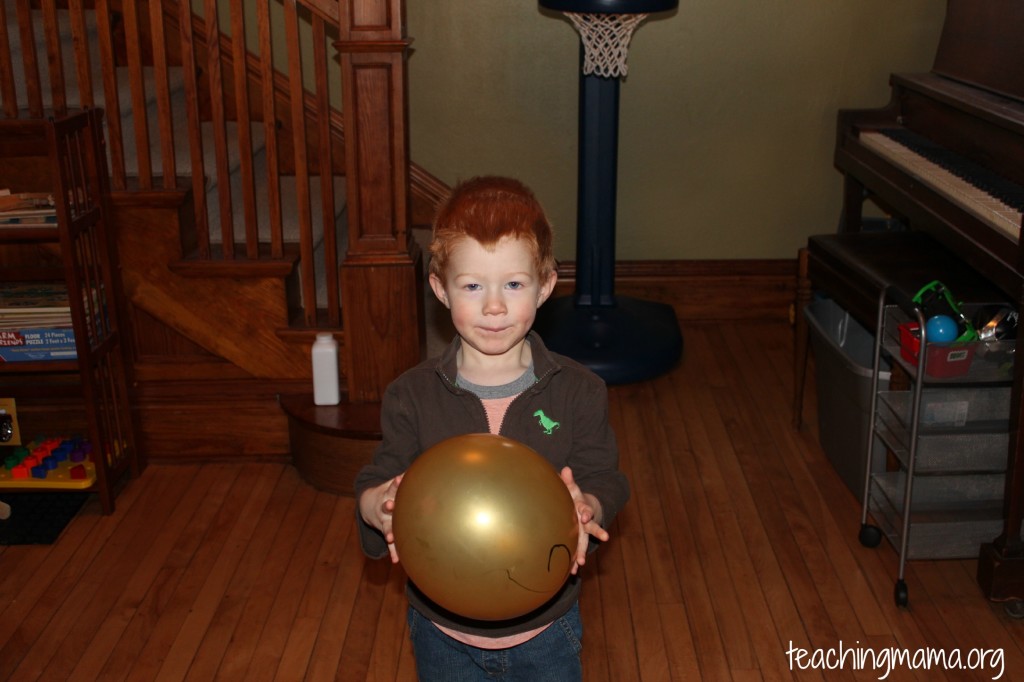 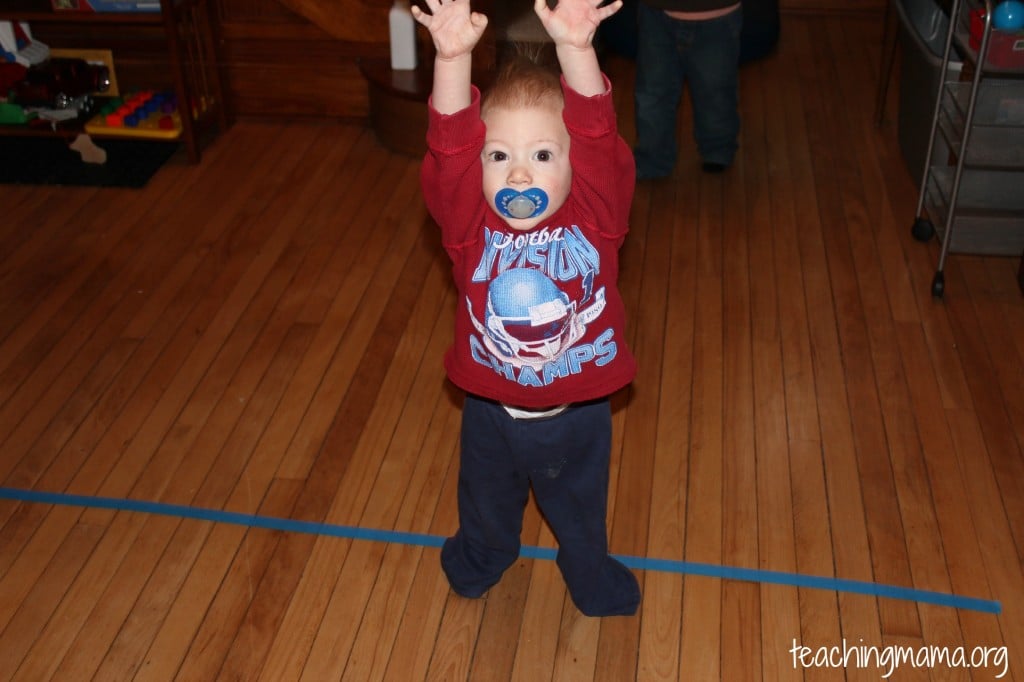 Then I made up a game where we rub the balloons on our head until they stick and then we had to run across the blue line before it fell off. Maybe these long cold days are making ME crazy?!?! 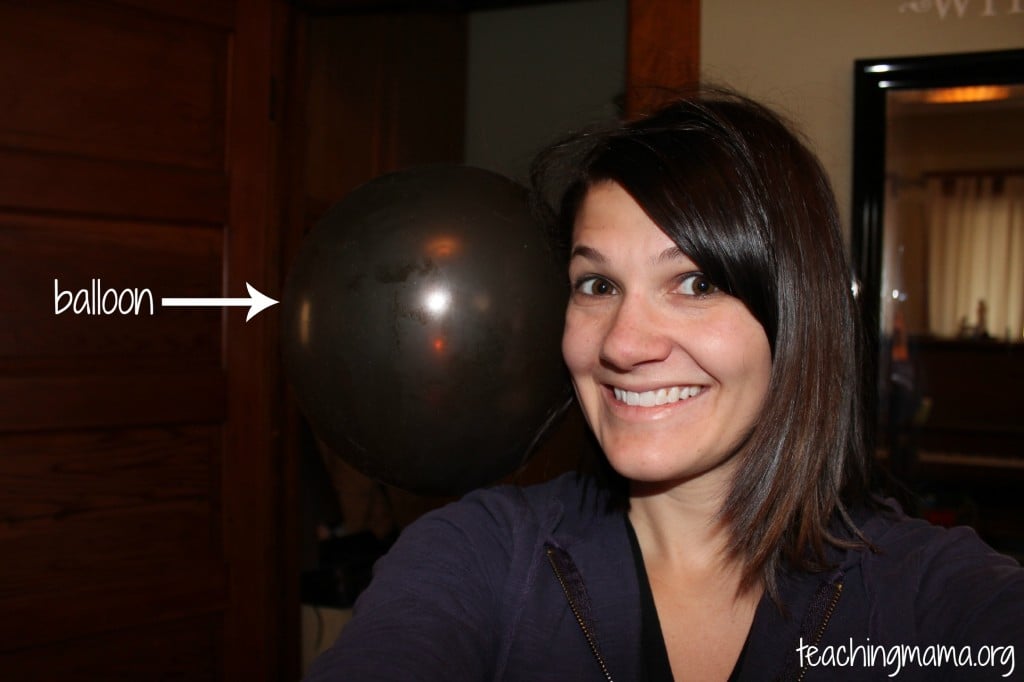 And our favorite activity of all….filling the pack ‘n play with balloons and having a ball! These crazy kids let out a lot of energy!! 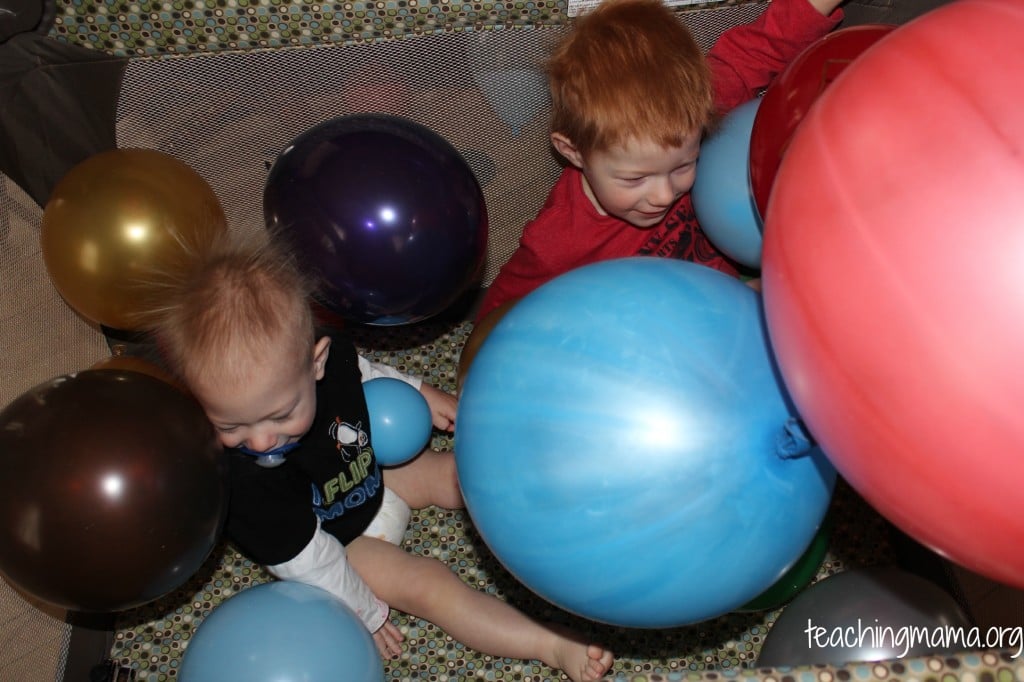 What other ideas do you have for playing with balloons