Happy Thursday! So glad you are here. I want to share with you a fun activity today that focuses on sorting and fine motor skills–it’s called The Money Muncher. To create this activity, you will need to make a Money Muncher with a tennis ball and an exacto knife. Cut a slit across the ball like the picture below and please don’t slice any fingers! 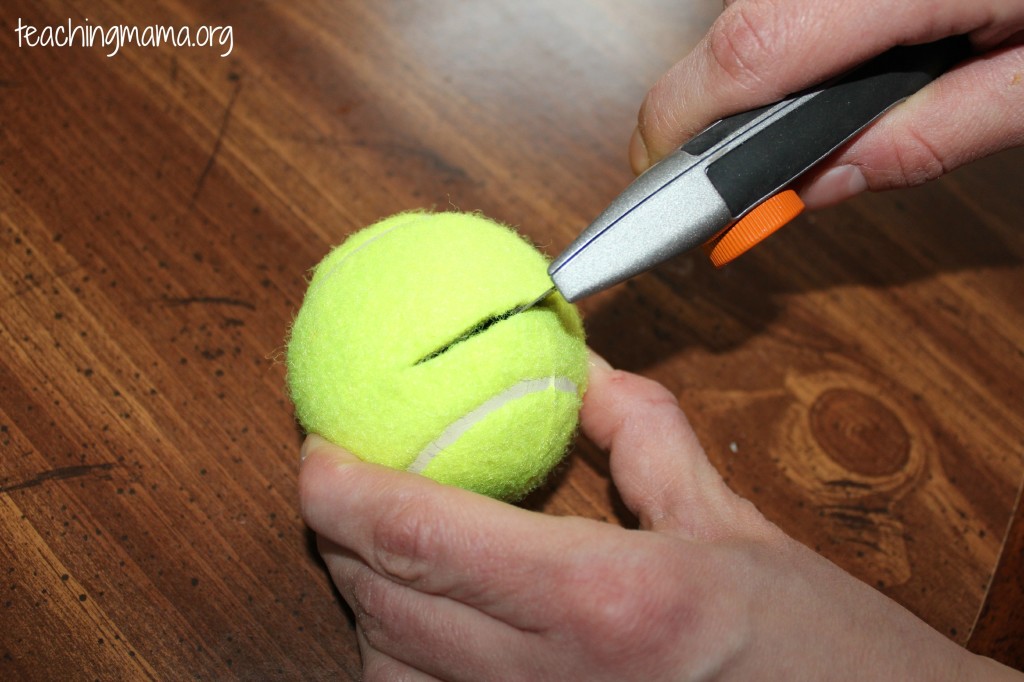 Then draw some eyes or glue on googley eyes. When you squeeze the ball the mouth will open! 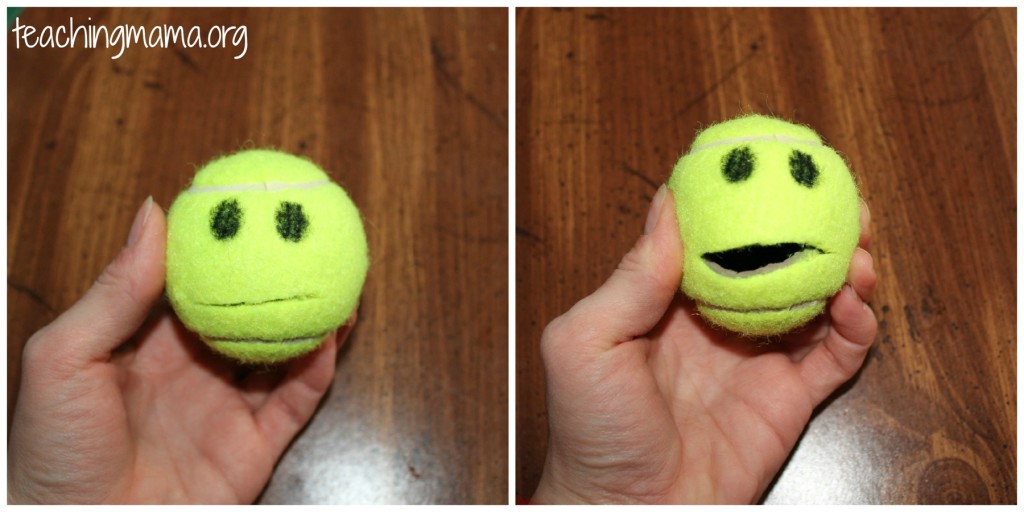 I thought my 3 year old would be able to squeeze the ball just fine…but I was wrong. He couldn’t at all. I’m sure as his hands gets stronger, he will be able to master this skill, but right now he cannot. So I decided to modify this activity a little bit. I helped him out and squeezed the ball. For starters, we filled him up with marbles. Troy practiced counting as he did this. He also had fun shaking the full tennis ball! 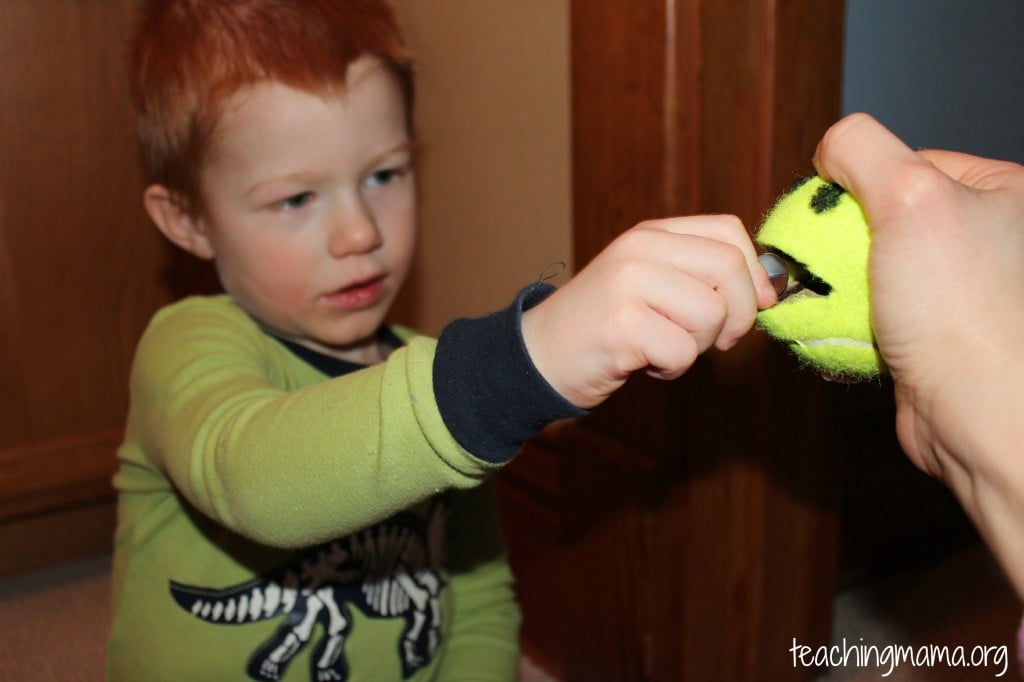 Then we moved on to the money part. He loves coins! Troy loves collecting coins and putting them in our coin jar. He thinks coins are way better than dollars…I’m sure his view on that will change someday. 🙂

He was excited when I got the coins out for this activity, since we rarely take them out of the jar! I had him sort them by coins. Now he doesn’t know the names of each coin, so I also introduced that to him. He usually just calls everything either a penny or a quarter. 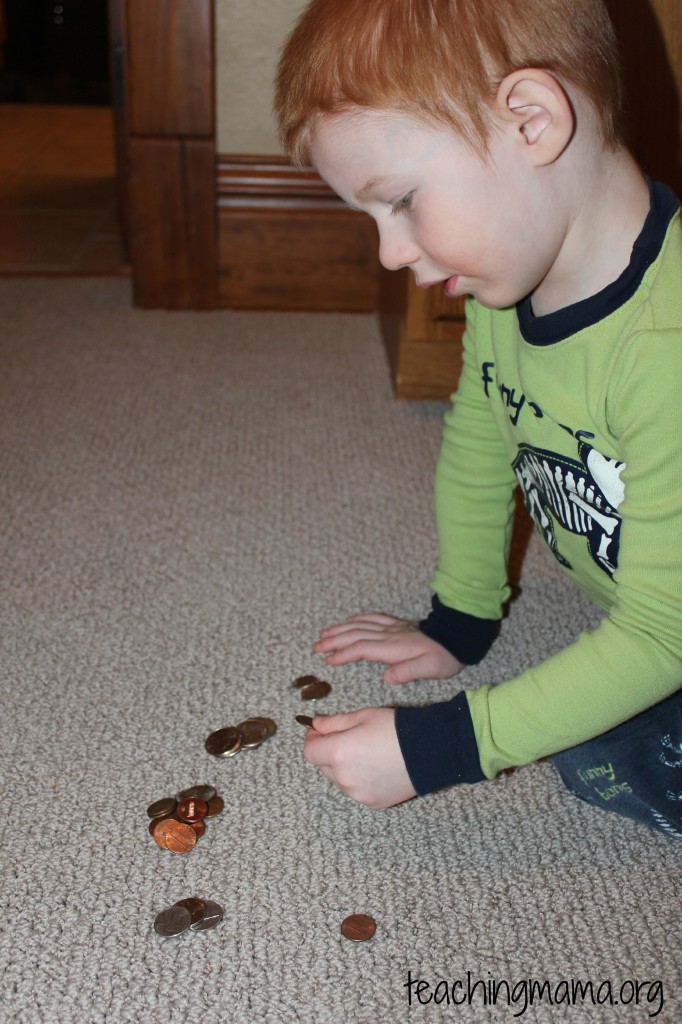 Next, we got out the Money Muncher. The Money Muncher (me) would say which coins he was hungry for and then Troy would fill his mouth with those coins. We went through each group of coins. This was also fun for imaginary/dramatic play. 🙂 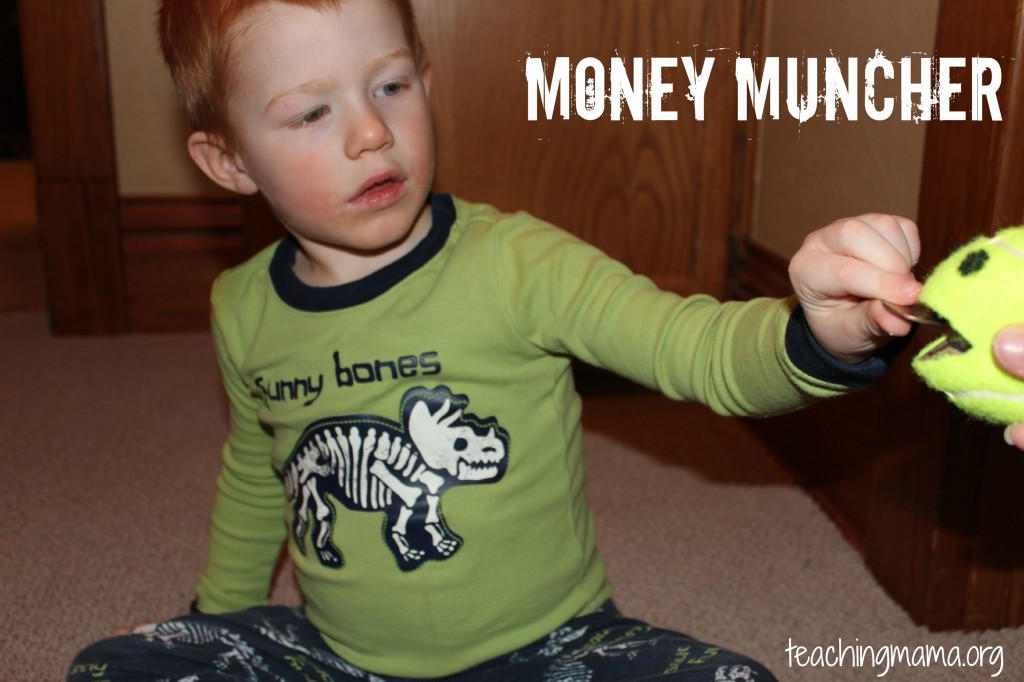 He loved this activity and thought the Money Muncher was so much fun! I wished he could’ve squeezed the ball himself, but I’m sure he will be able to in the future. I loved that he was able to sort the coins and learn to identify them with this activity. I hope you’ll try this out and let me know how it goes! To learn more about fine motor skills, see this post.