Are you ready to see one of the coolest sensory bottles we’ve made?! It’s our Glow in the Dark Sensory Bottle! It’s so easy and only needs 3 ingredients! 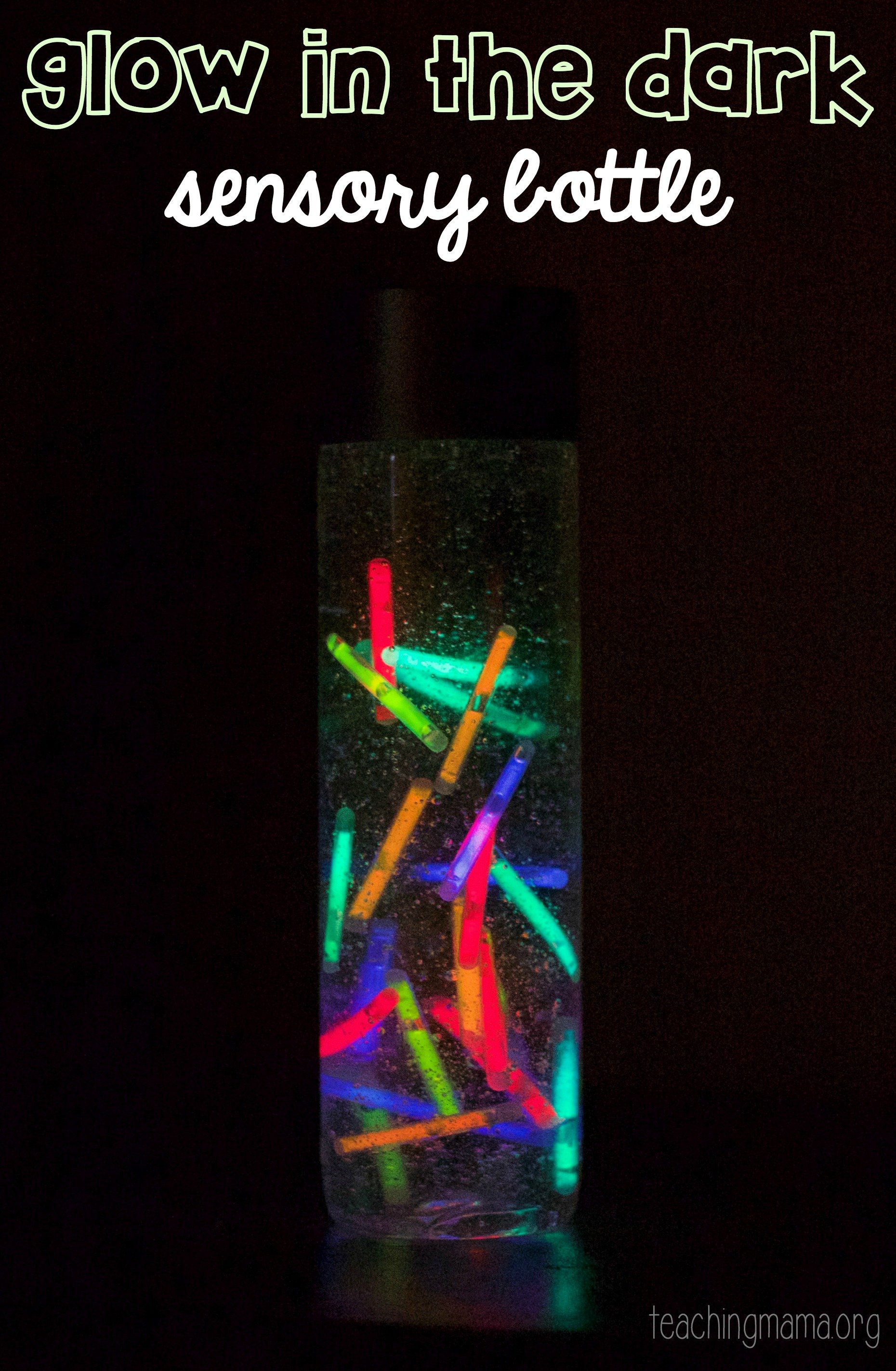 This post contains affiliate links. See my disclosure for details.

It’s really easy to make. You need these materials:

These mini glow sticks are so cute! And they are such great quality. 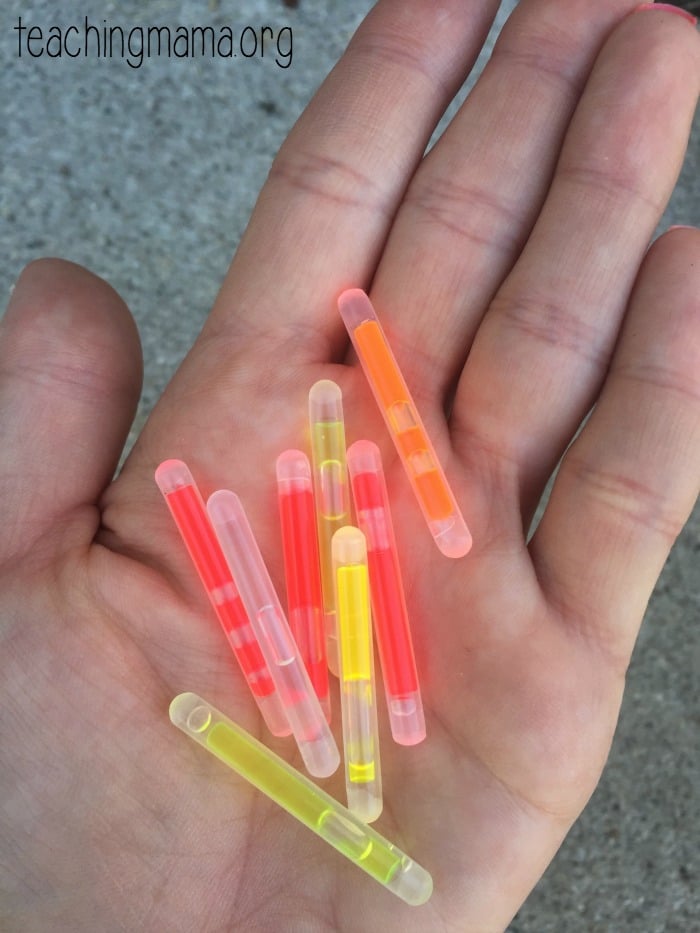 To make the bottle, pour clear dish soap into a bottle until the bottle is 75% full. Then add water until the bottle is almost to the top. Drop in the mini glow sticks. (Make sure you crack them so that they are glowing!) Glue the water bottle lid on so that little ones can’t open the bottle. 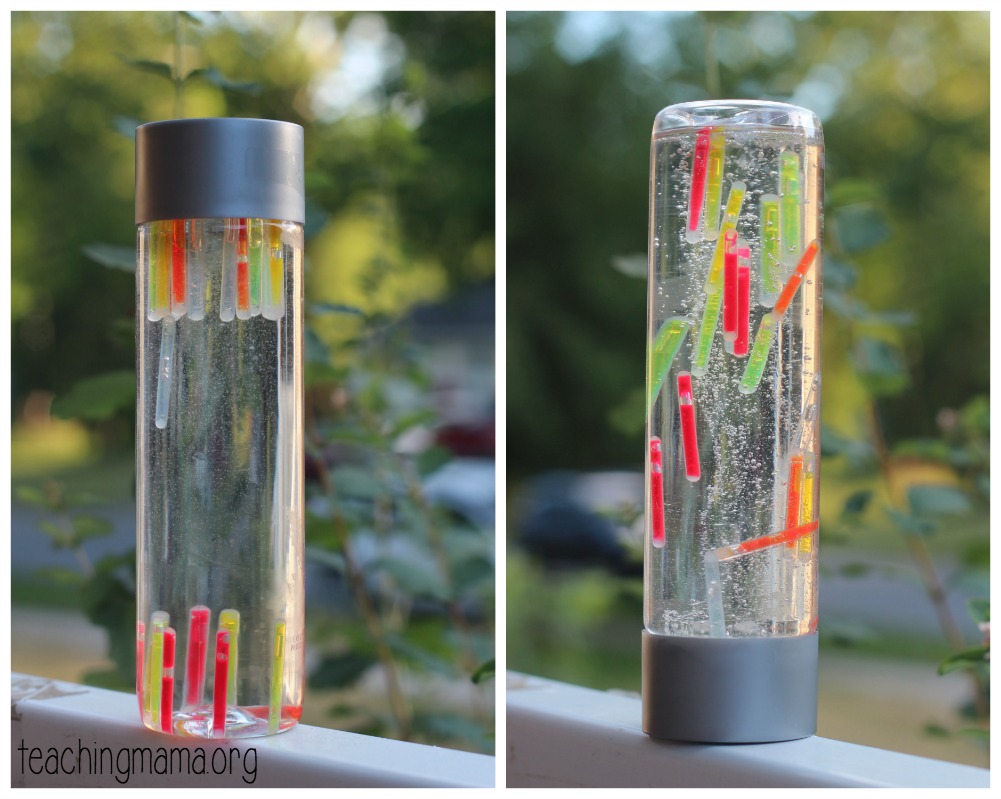 It’s hard to capture on camera how cool this bottle looks! 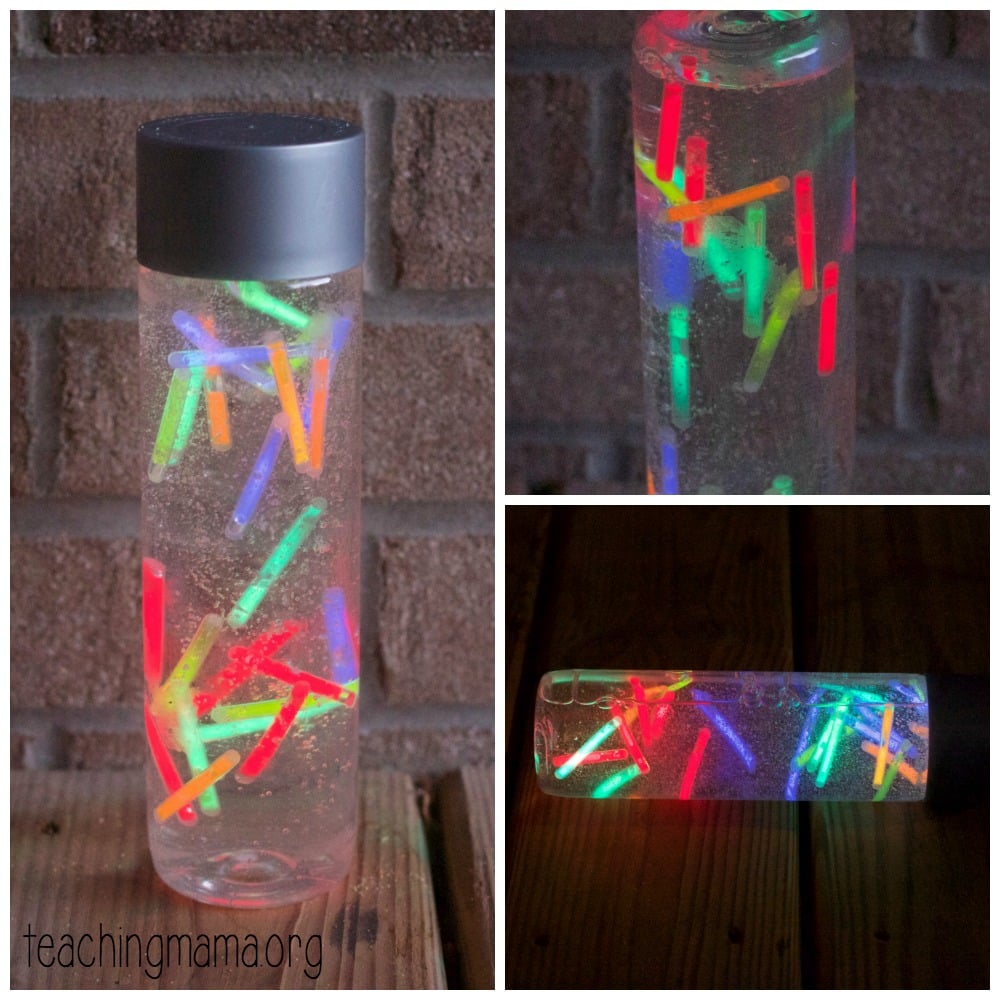 And when it gets super dark, here’s what it looks like! 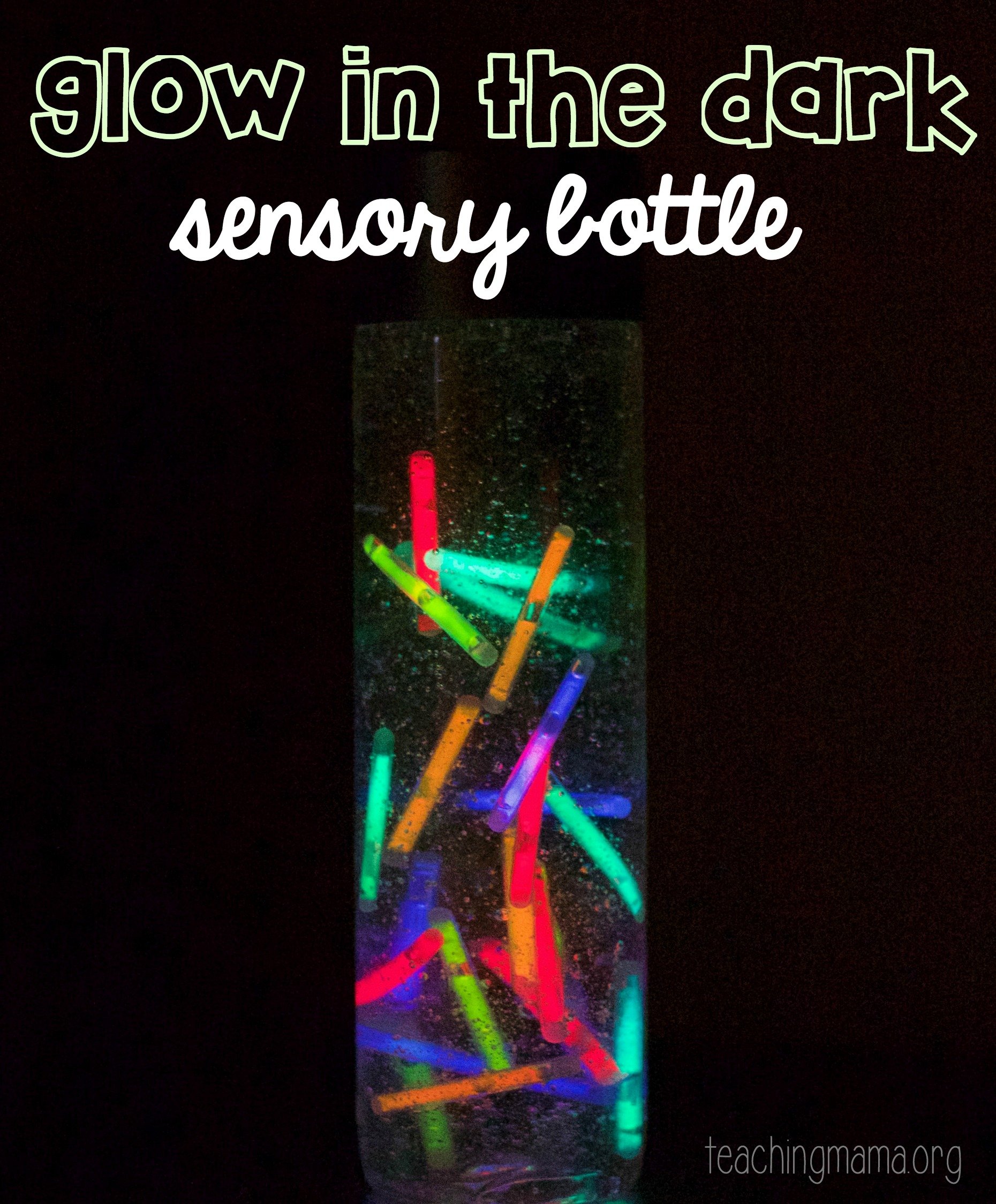 Here’s a short clip showing you what the bottle looks like in action!

Glow in the dark sensory bottles are so fun! And they make a great night light for little ones. Check out these other fabulous sensory bottle ideas!