I decided to introduce my oldest to what flossing is. Troy has never flossed and he had no idea what that even was, so this hands-on activity was great for explaining it. 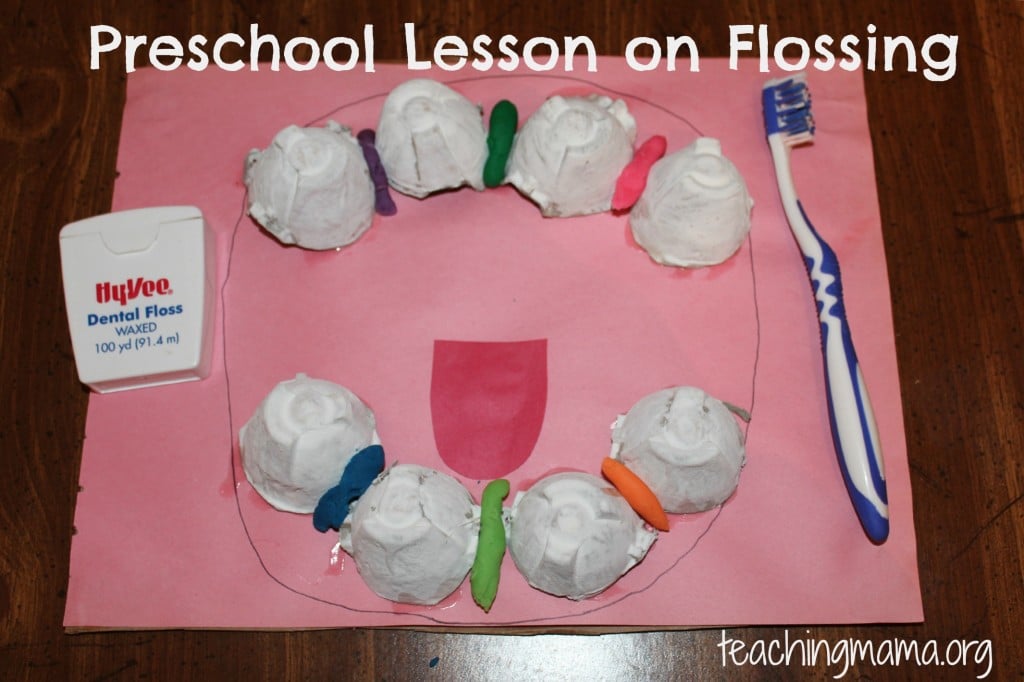 *construction paper (and I added some cardboard to the back)

To start, cut a part an egg carton. Then paint some of them white. As you can see, we only used 8 of them. 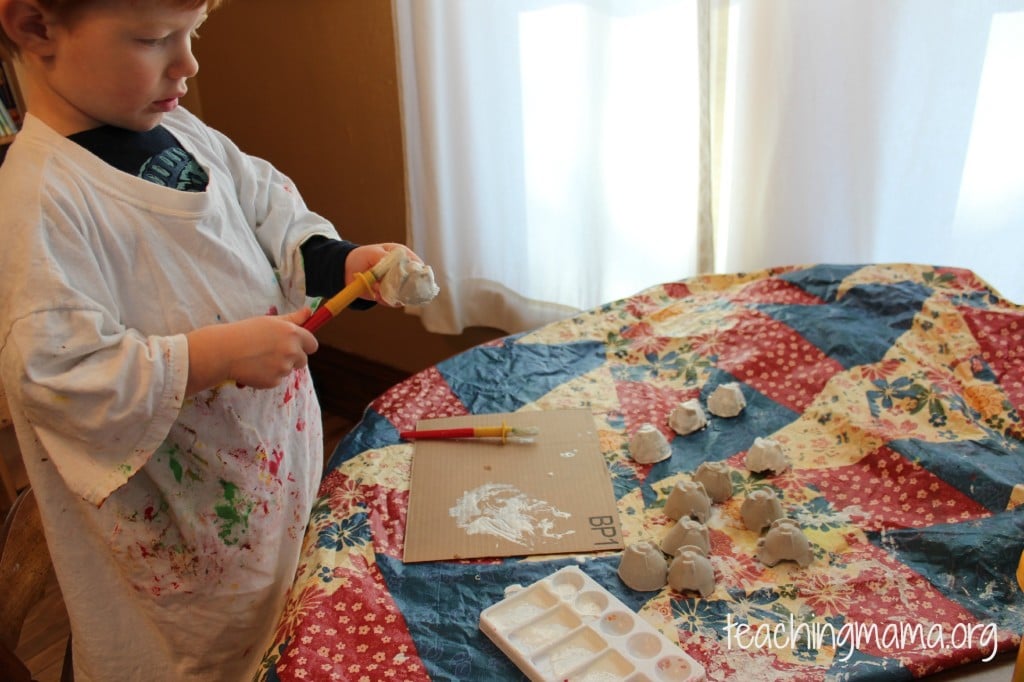 Let them dry and then glue them down on the paper in the shape of a mouth. Add a tongue and draw around it so it looks more like a mouth. After everything is dried, put pieces of play dough in between the egg cartons to represent food that gets caught in our teeth. When everything was ready, I showed Troy what real floss looks like and showed him what it is used for and how to use it. He thought it was pretty funny! 🙂 Then we used the floss to get the play dough pieces out. I told him he couldn’t use his fingers, which is quite difficult for a 3 year old! It definitely challenged his fine motor skills. 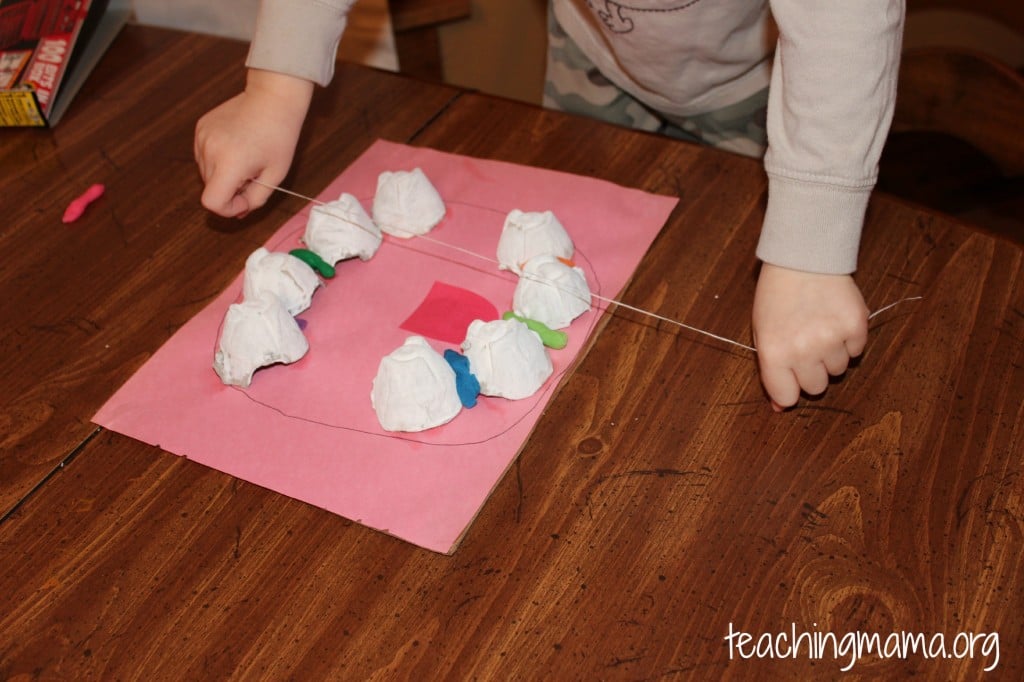 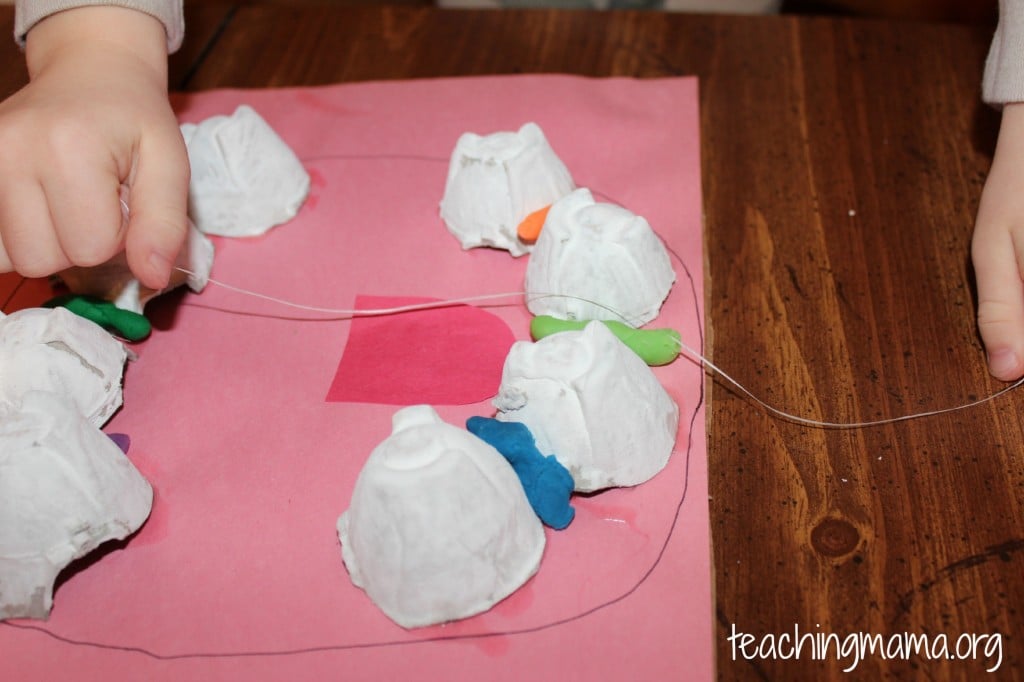 He’s psyched about flossing!! Aren’t you?! Maybe he’ll help me with my goal of flossing this year! 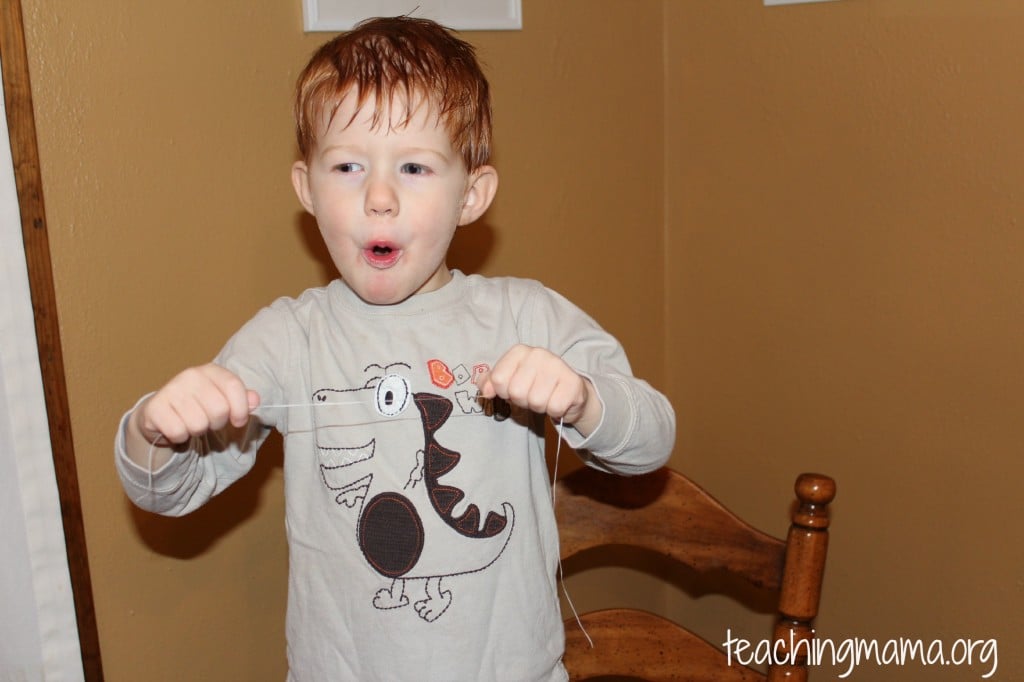 Next, we tried it with a long toothpick. He thought that was a bit easier! 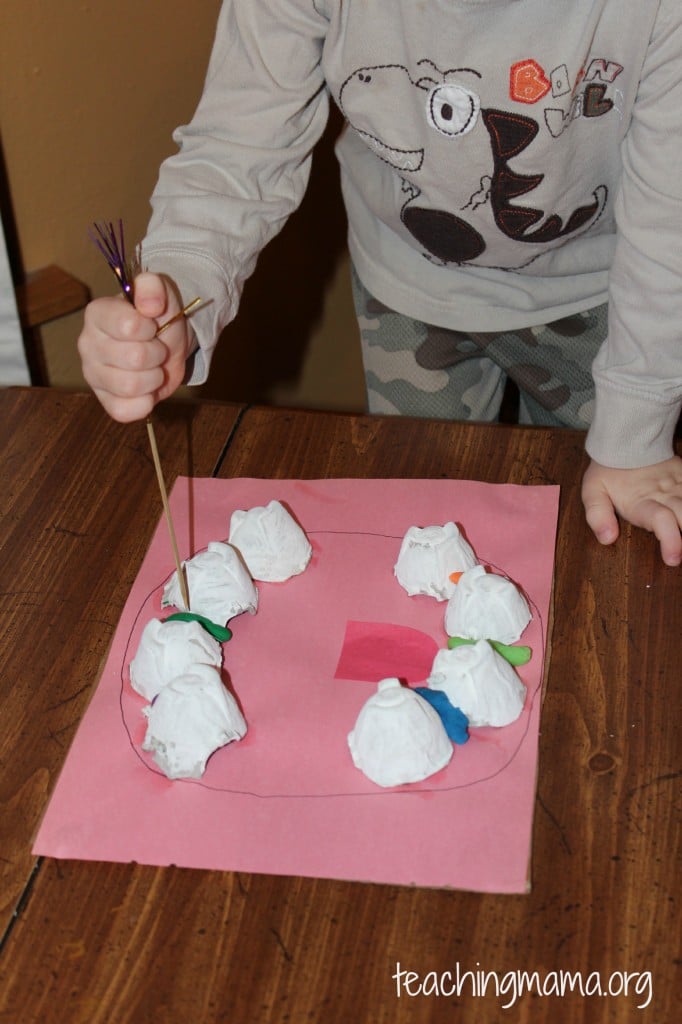 Can’t leave the little guy out. He was busy playing with play dough and breaking it up into itty bitty pieces. Anyone else have a 1 year old who does that? 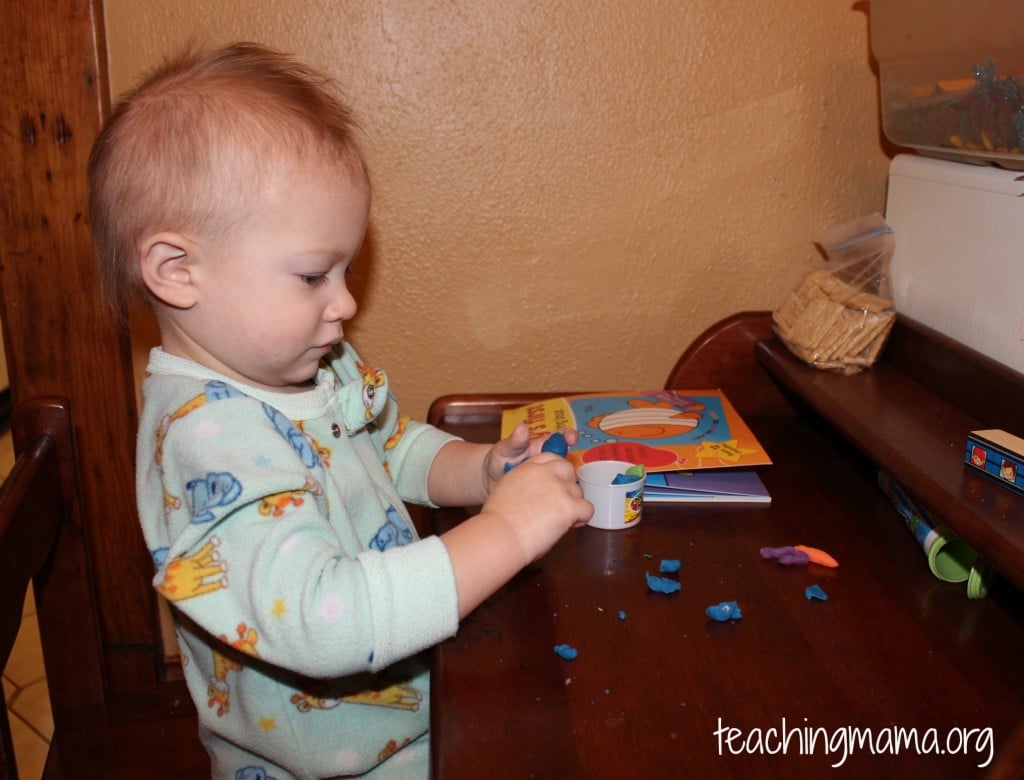 1407shares
We use cookies to ensure that we give you the best experience on our website. If you continue to use this site we will assume that you are happy with it.OkRead more