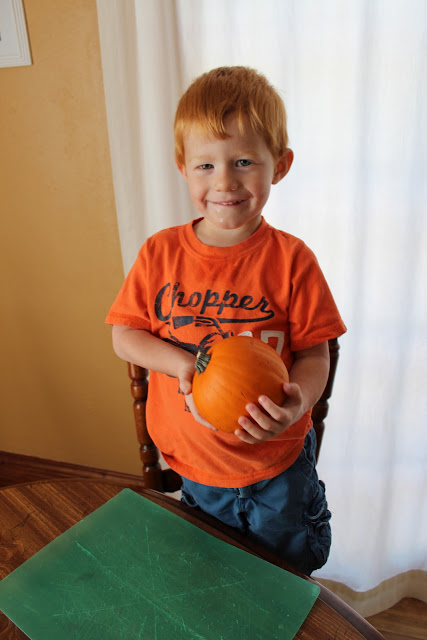 Troy’s been wondering what is inside a pumpkin, so we decided to check it out!

I got these sweet little pumpkins at a grocery store for $1. 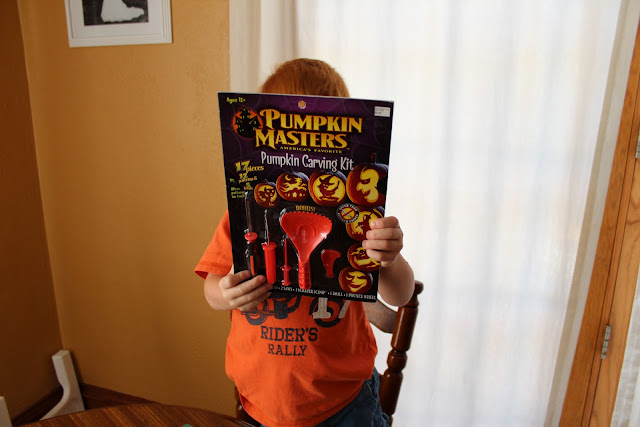 We thought it would be easy to cut open a little pumpkin….WRONG! I started using a knife and these pumpkin carving tools.  I got these for like 30 cents last year after Halloween last year at Target.  So, after the knife didn’t really work, I used a hammer, screwdriver, and eventually a saw!  It was one tough pumpkin. And Troy used his tools as well 🙂 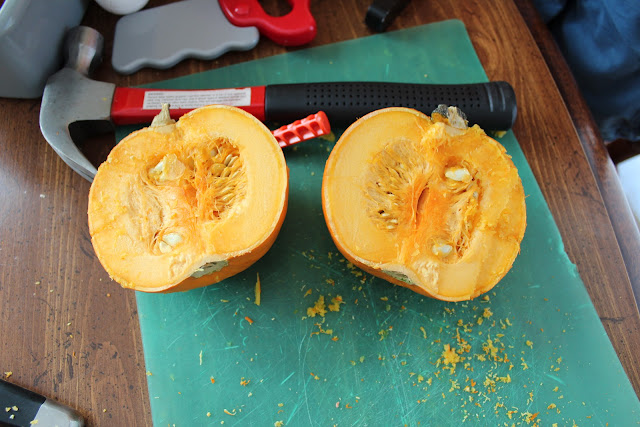 Inside we saw tons of seeds. We had fun getting them out. 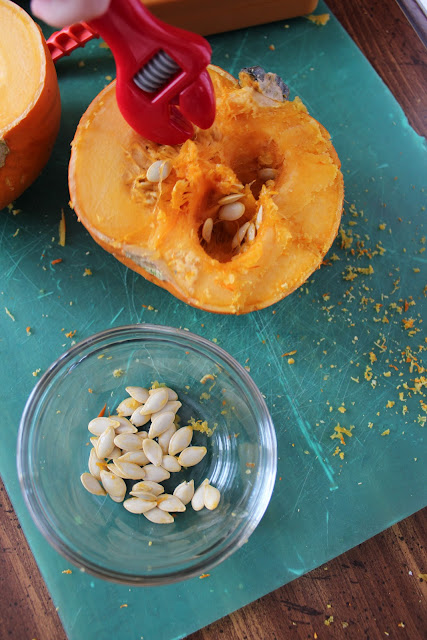 Troy spent about an hour “drilling” and using his other tools on the pumpkin. It was a fun activity and Troy really used his imagination. 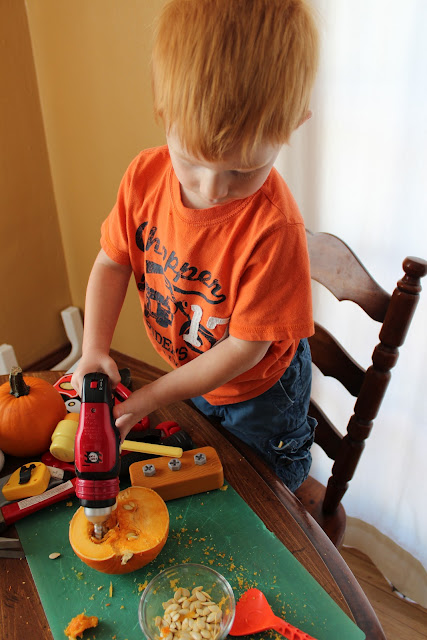 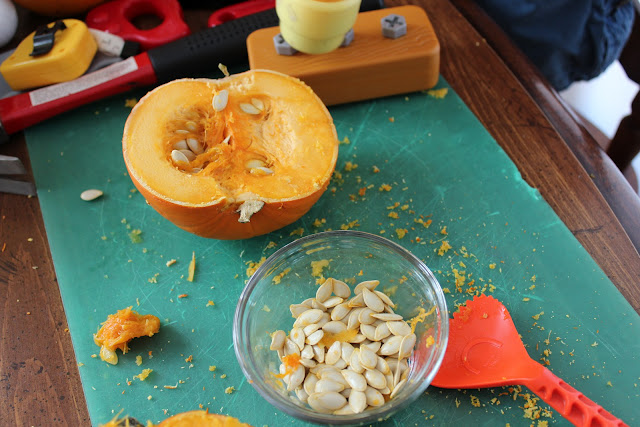