Wow, I can’t believe it’s already August 1st!! In fact, today is my baby’s 2nd birthday! Time truly flies. It feels like yesterday that he was a tiny little babe. Now he’s a wild, adventurous two-year-old boy who has a real zest for life!

Since it’s August, I wanted to share my activity calendar for the month. I hope these activities will create wonderful memories between you and your children. Let’s spend the last few weeks of summer making the most of our time with our children! 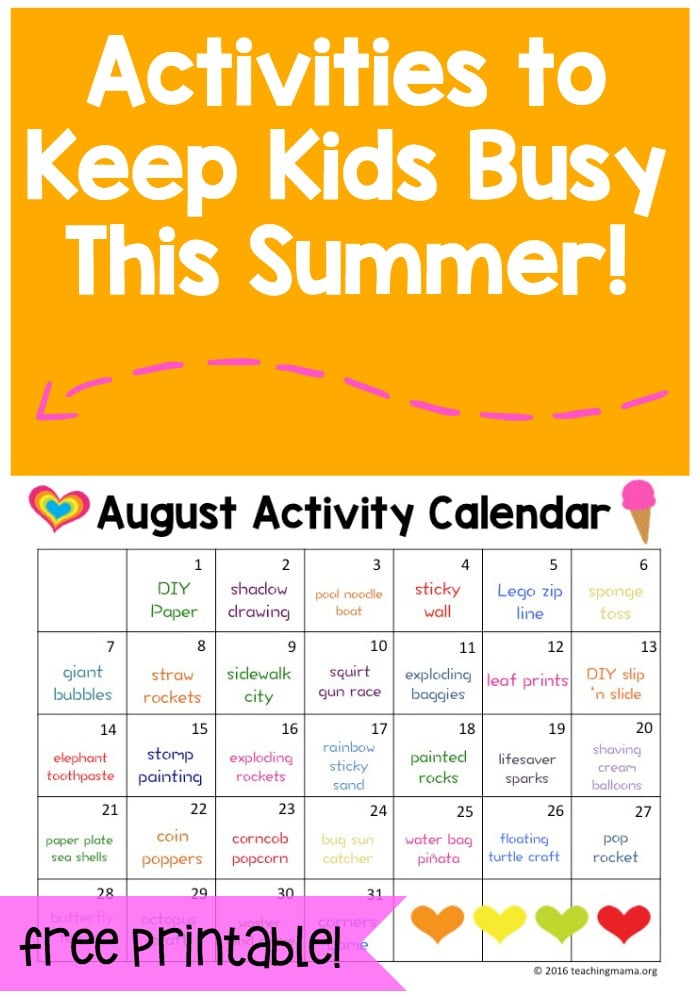 You can download the activity calendar here –> August Calendar

Have a great rest of your summer!