September is in full swing, which means apple themed activities are abound! Today I’m sharing with you an apple fraction dominoes game. It’s great for older children, but can also be played with younger children. The goal of the game is to match up the pictures, so even preschoolers can join in on the game. In fact, it’s a great way to introduce them to fractions! 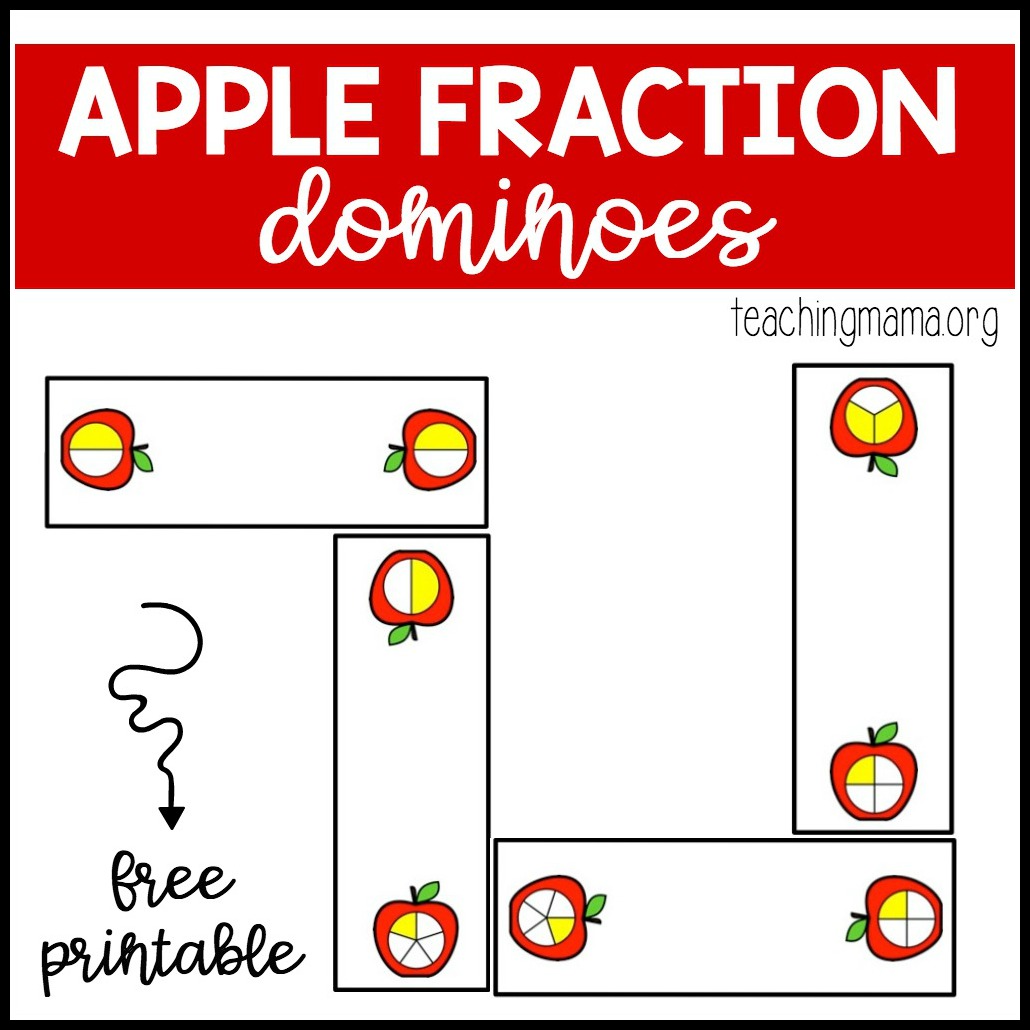 Before playing, make sure to print the cards and cut them apart. You may also laminate them for durability.

How to play the game: 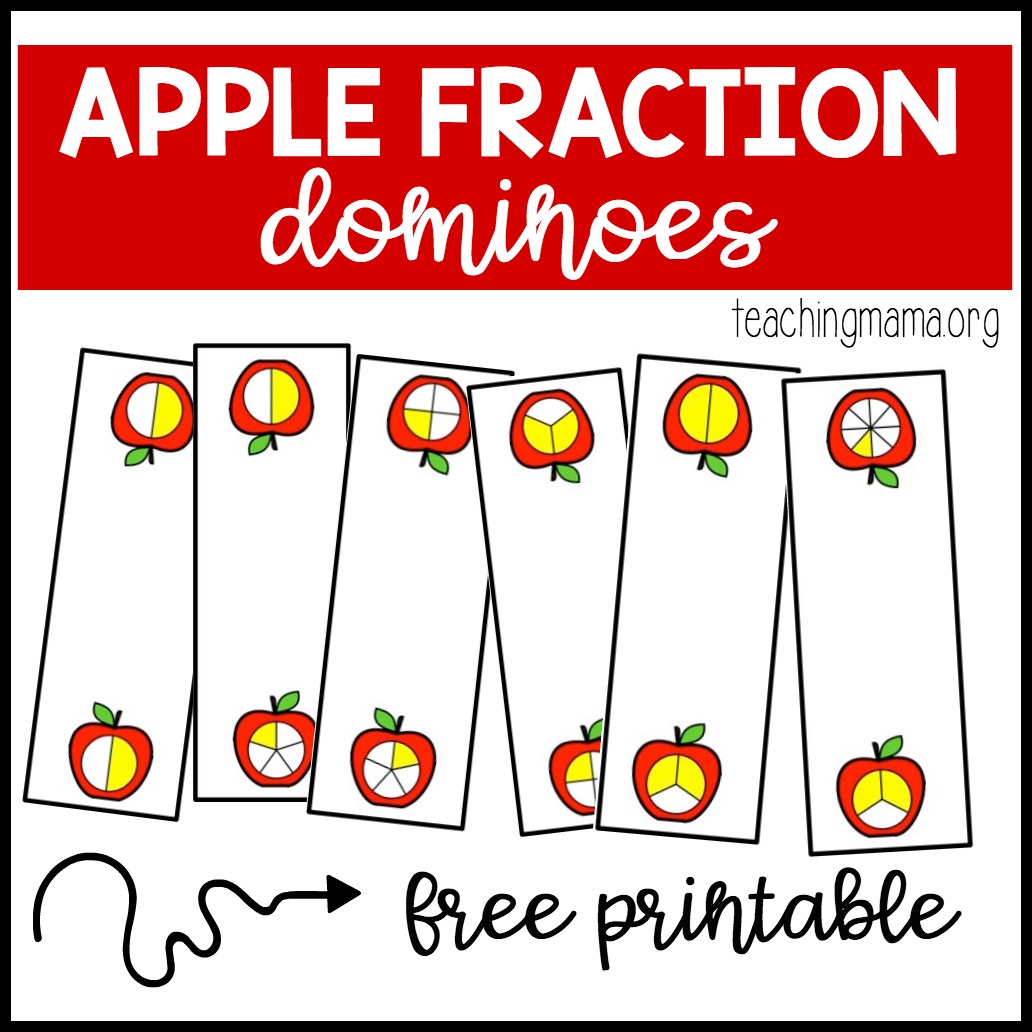 How to Use the Game

Fractions are typically introduced in 3rd grade. Since this is simply a matching-type game, you could use this game with children younger. I played this with my 4-year-old and he caught on pretty quickly how to look for the matches. 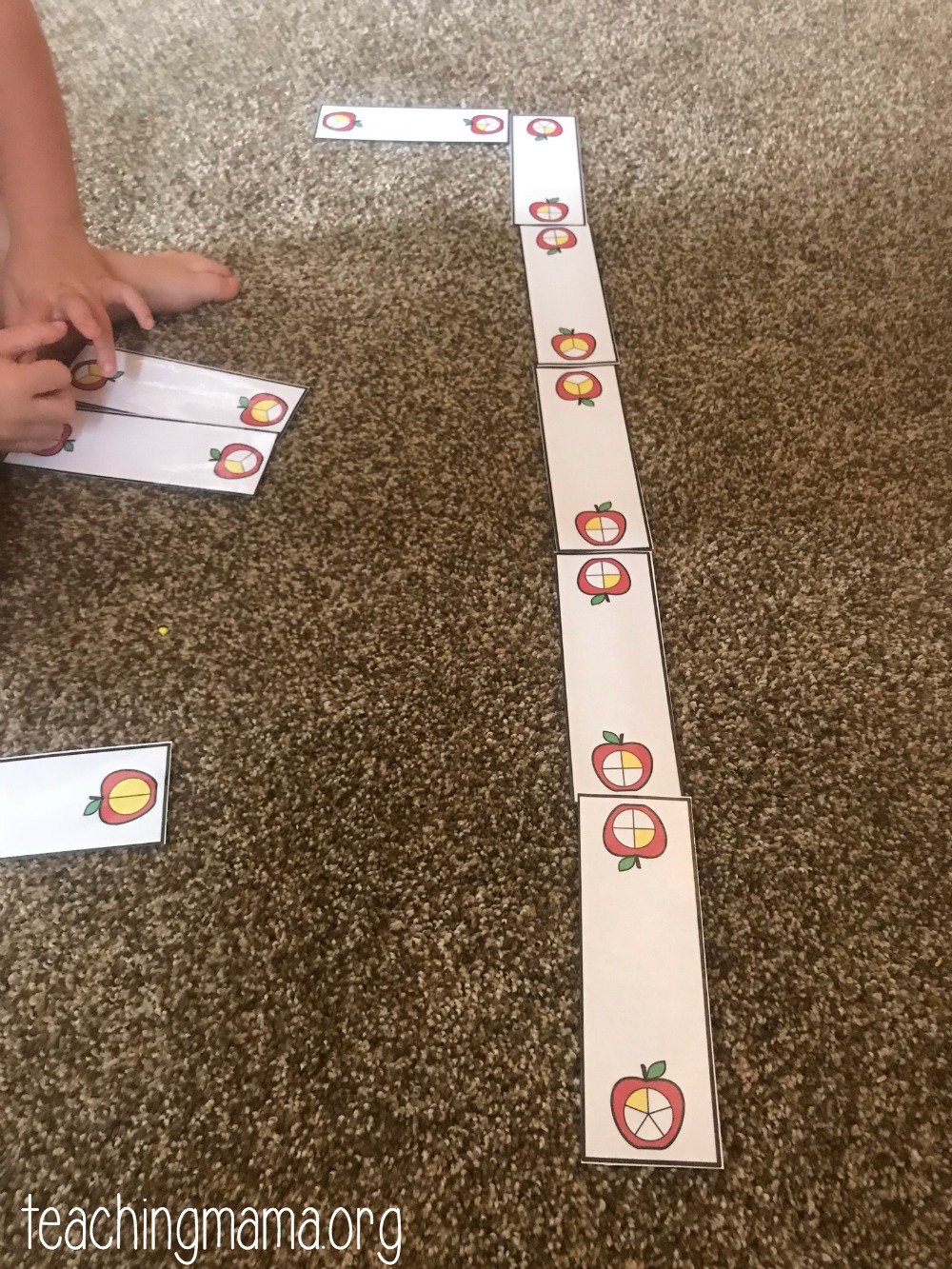 Hope you’ll try this out!