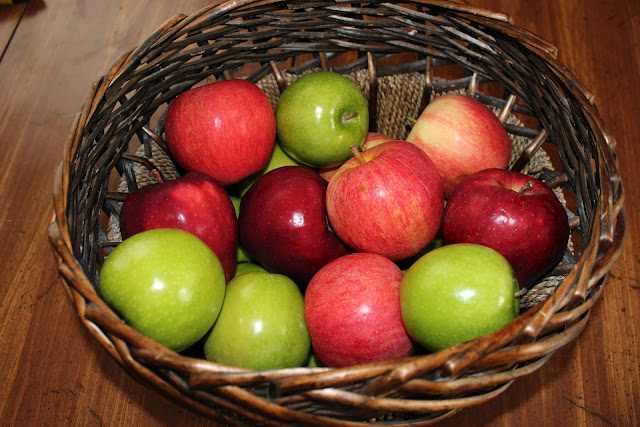 I got out this mat and with chalk drew the three shapes.

Then I gave Troy the invitation to play with the apples and do whatever he’d like with them.

I was interested to see what he would do. 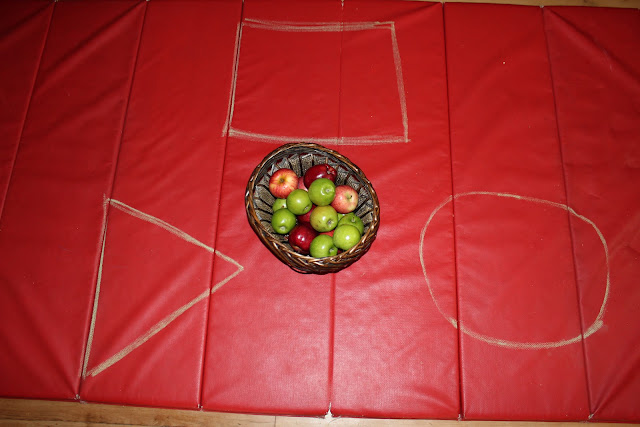 He did what I thought he would do. He sorted them so each shape had 1 color of apple.

I thought he would sort all of the apples, but he wanted to line them up on the line instead. 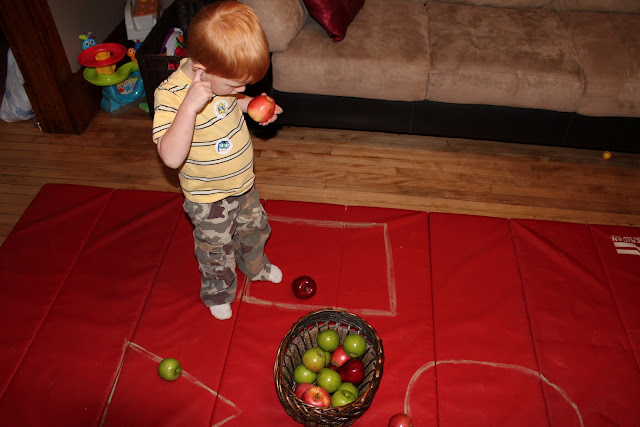 He did sort them by color (mostly) on the line. 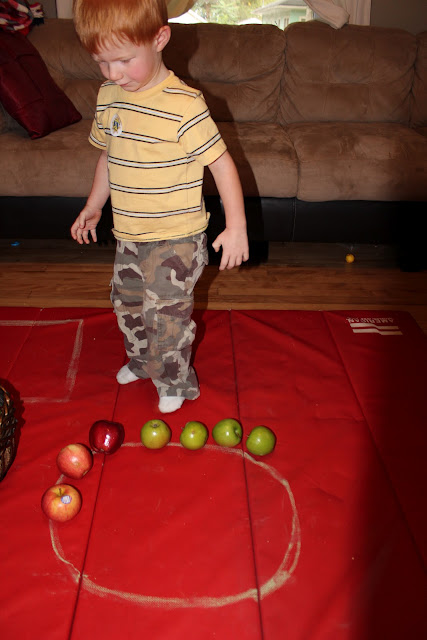 So proud of his work 🙂 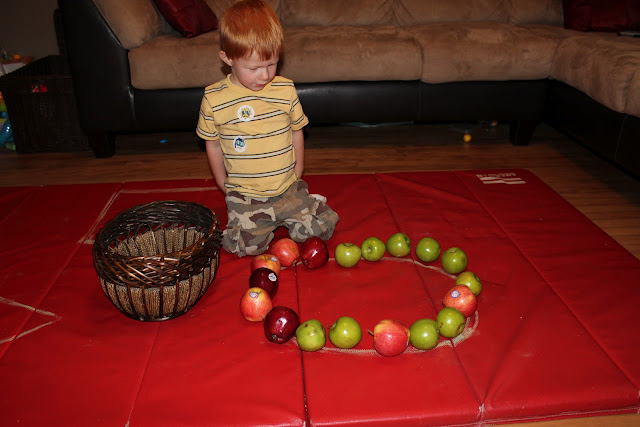 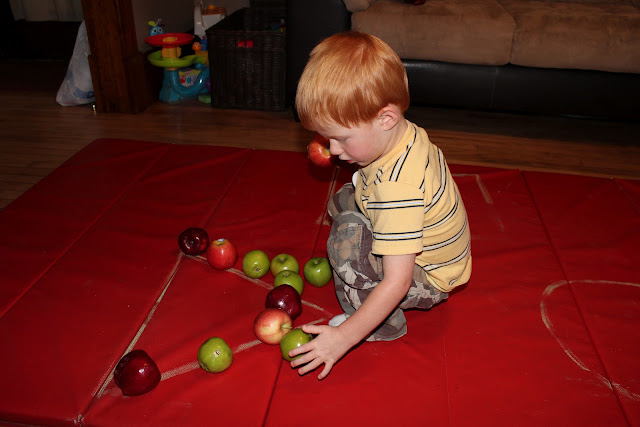 Then we did some graphing.

and with a dry erase marker, made lines for the graph.

Then I made pictures of the apples at the bottom.

I helped him start the first one for each column and he did the rest. 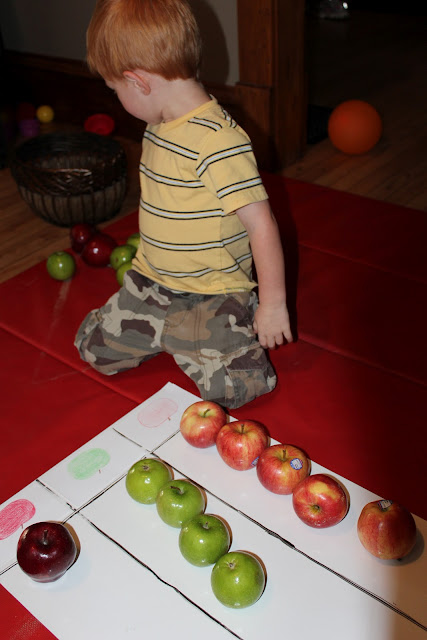 Since he likes to line things up, this was fun for him!

And then he could see that the green apples had the most and red had the least. 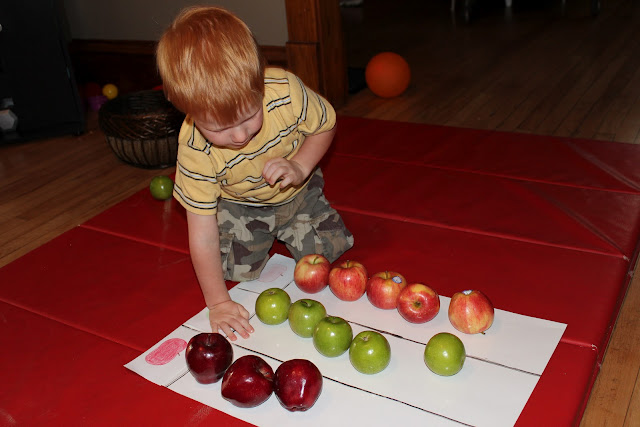 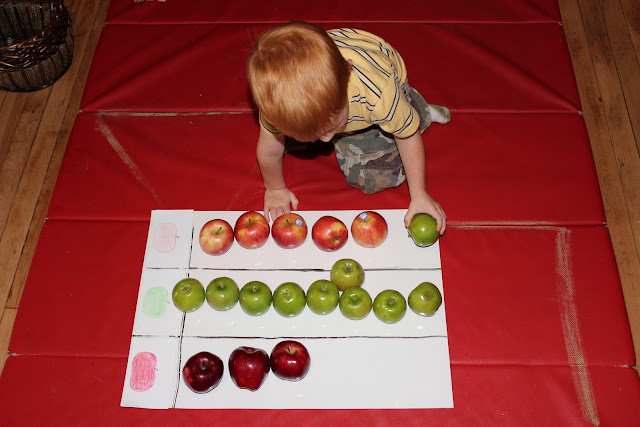 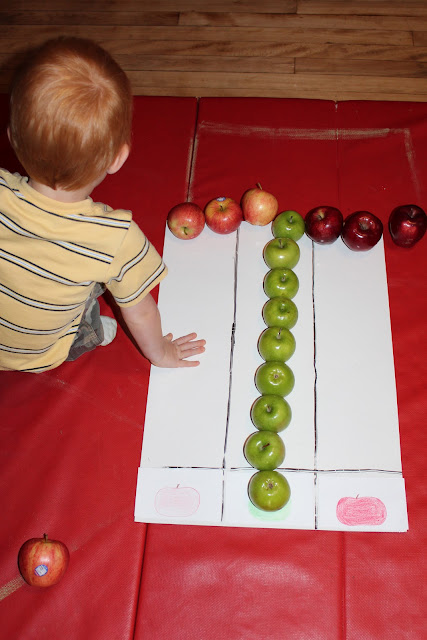 It’s so fun to incorporate math into our everyday life and have fun doing it!