We had fun playing with snow! Well, not the real kind, but we got out some of the fake stuff. Troy is still dreaming of that white, fluffy cold stuff, while I’m perfectly fine with no snow for awhile…but I would love some snow on Christmas 🙂 Here’s what the snow tub looked like: 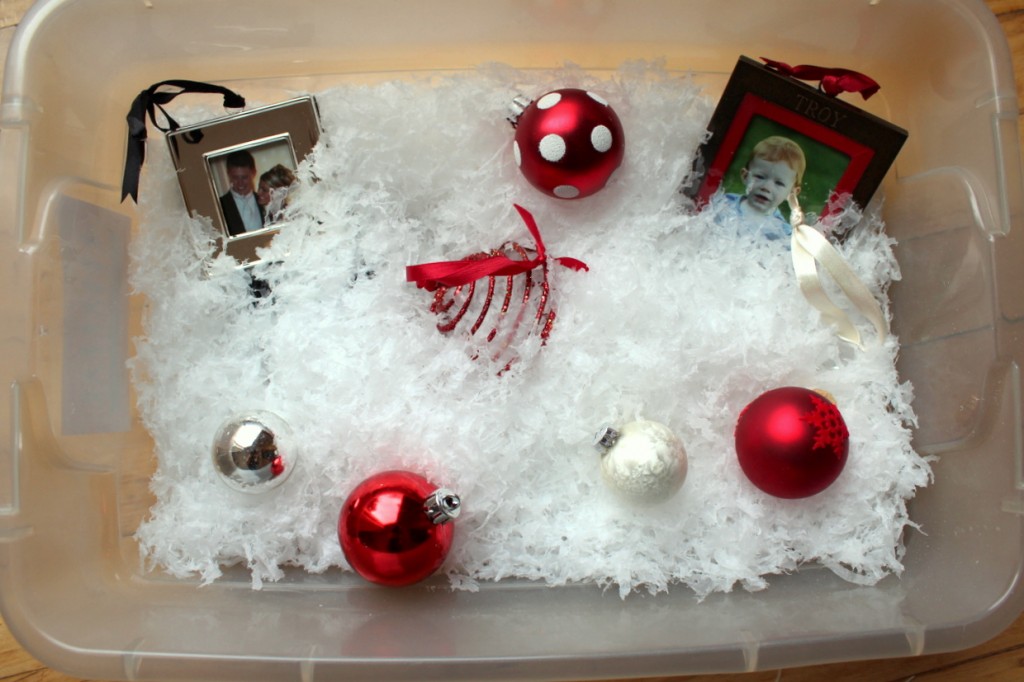 Like I said last week, we have a ton of fake snow, so I just used that to fill the tubs. Then I added ornaments and had the kids dig for them. This was done before we had them on the tree, so Troy had fun looking at each of the ornaments. He doesn’t seem to remember them from last year. 🙂 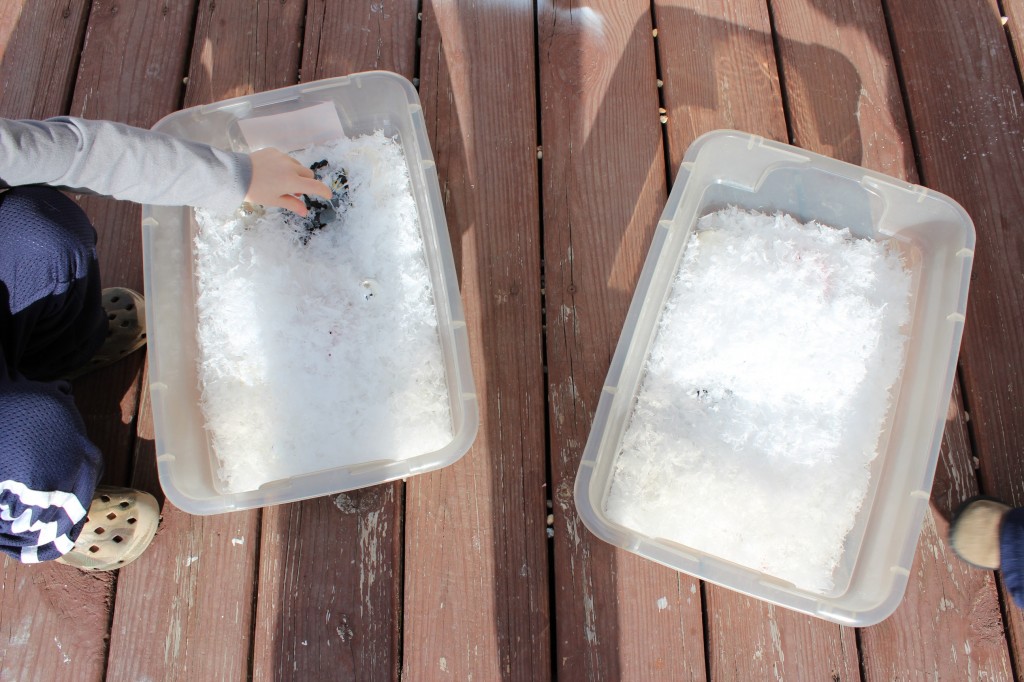 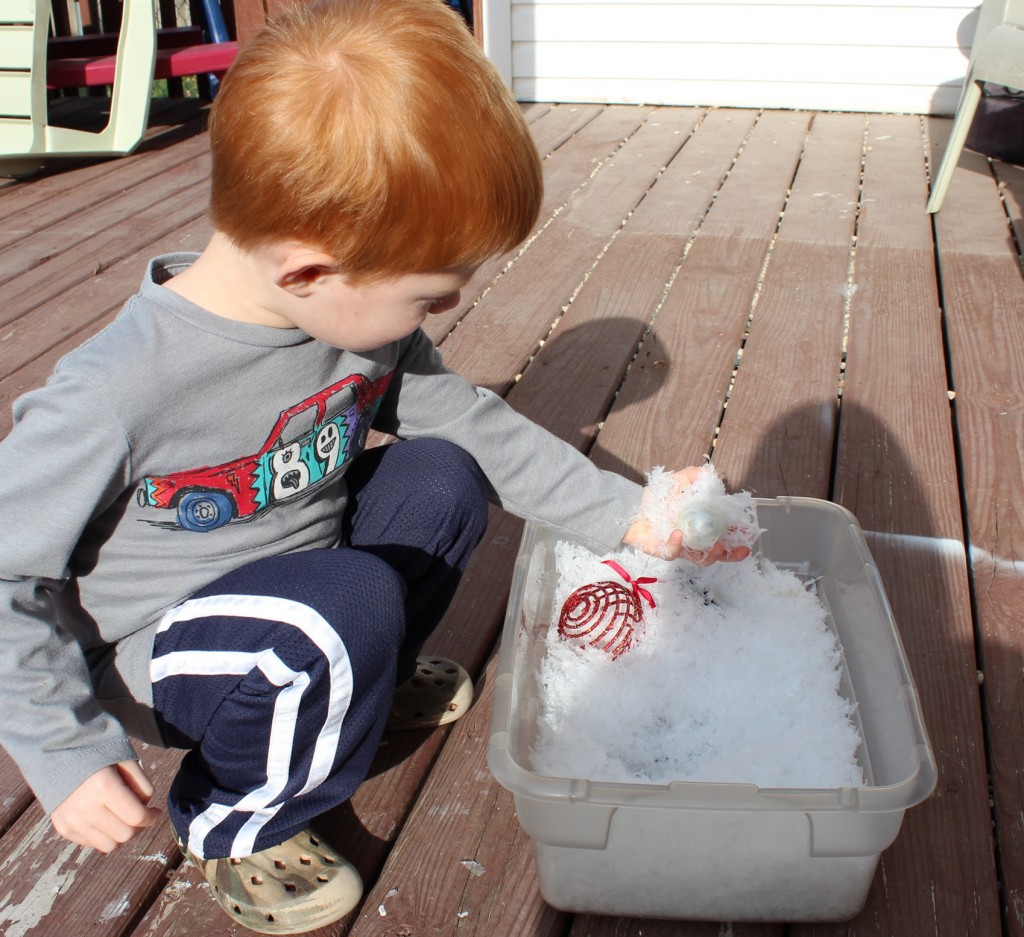 And Wes is not too impressed…he’d rather chow down on that apple. 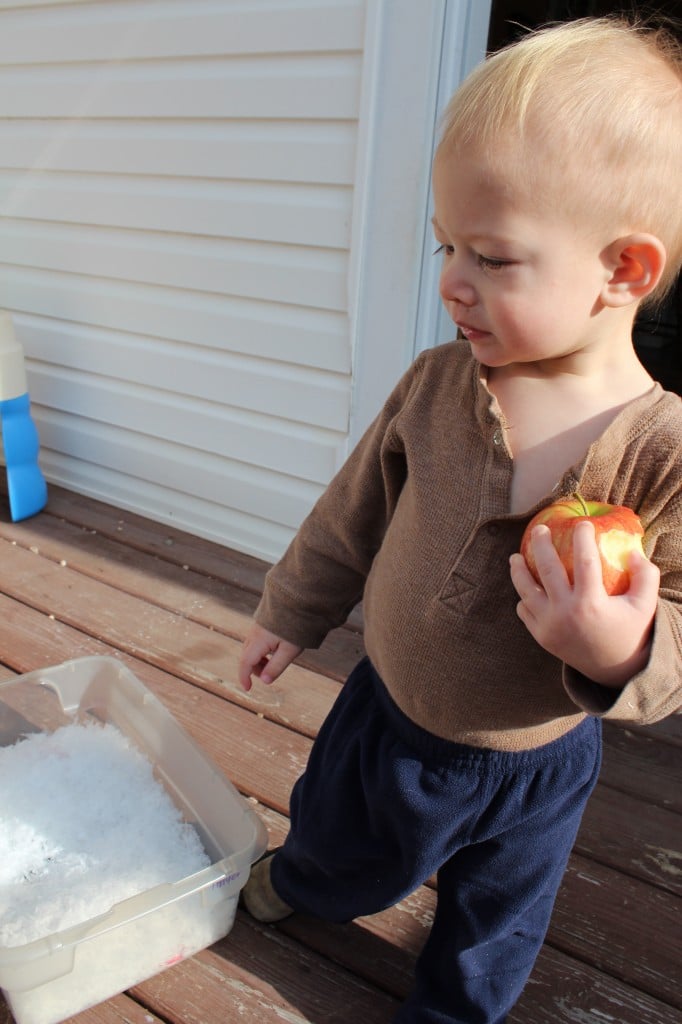 So, if you’re looking for something fun to do in place of real snow, get out that fake stuff and have at it!