Water is the theme of our week as we learn about the letter W. With the weather being nice, we love doing water activities on our back deck. 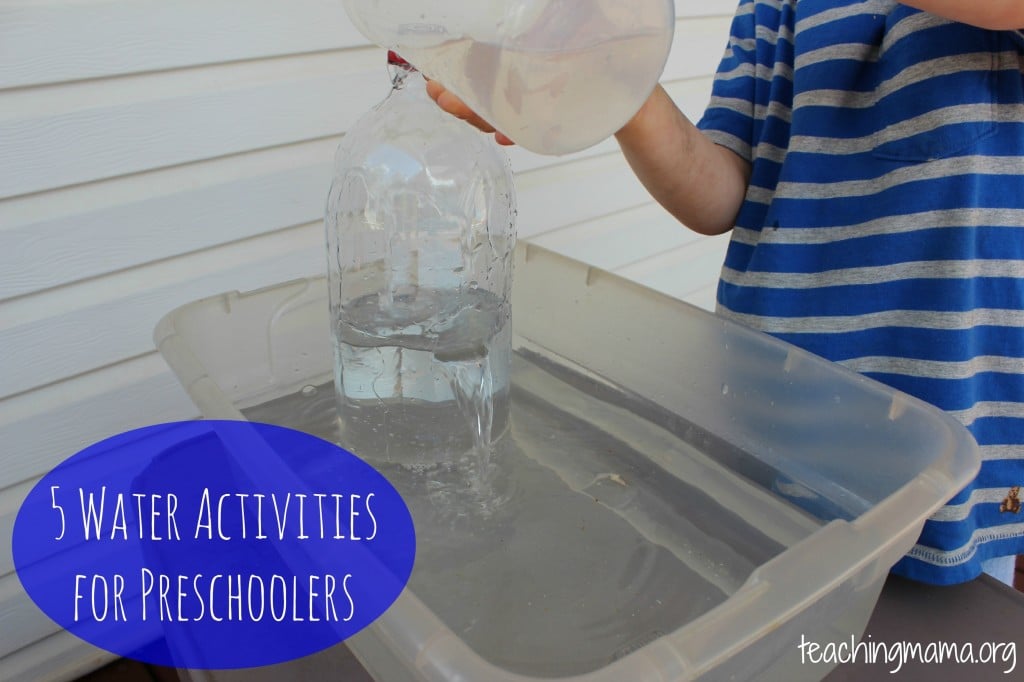 We did 5 science experiments with water. First, we did an estimation activity. I gave Troy a beaker of red water and a water dropper. I asked him to guess how many droppers it would take to fill the tiny beaker (which was 50mL). He guessed only 1 time. As you can tell, this was our first time doing anything with estimation. We tried one dropper and he saw that it barely filled it. So he guessed it would take 2 more droppers. We tried that and it was still very low. So he kept filling the beaker until we got to 50mL, which took 15 times! This activity is great for fine motor practice. This was his first time using a dropper and he loved it. Now he wants to use it all the time! 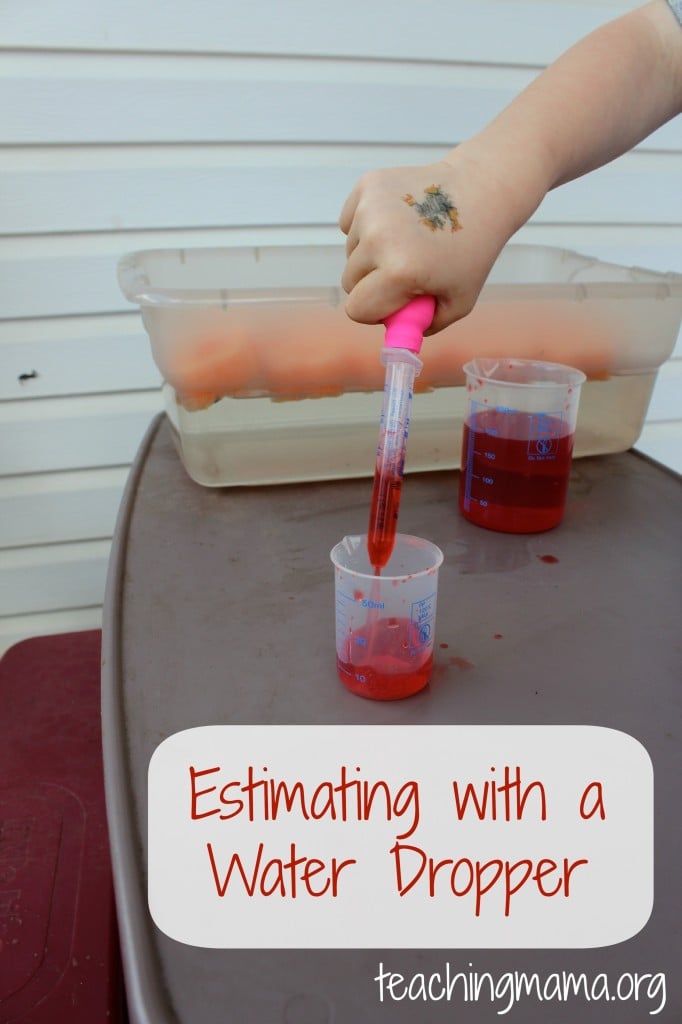 Our next activity was about water pressure. I took a plastic pop bottle and cut a small hole out of the middle. Then we filled it with some water (just below the hole) to make sure it wouldn’t float in our bin. Next, we added it to a bin full of water. No water was coming out of the hole yet. I asked Troy what would happen if we poured water into the bottle. He wasn’t sure, so we decided to try it out. 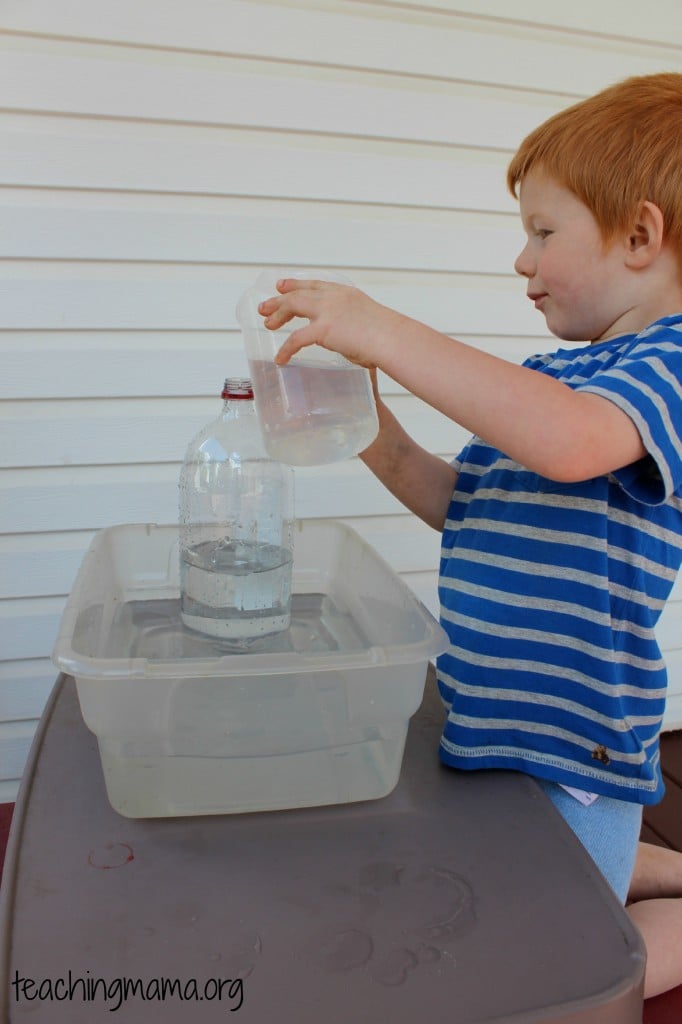 We found out that water came out of the hole, but not too quickly. I decided to put a funnel on the top. To our surprise, this made the water came gushing out the hole very quickly! It showed us that when water comes down quickly, it comes out with great force or pressure. 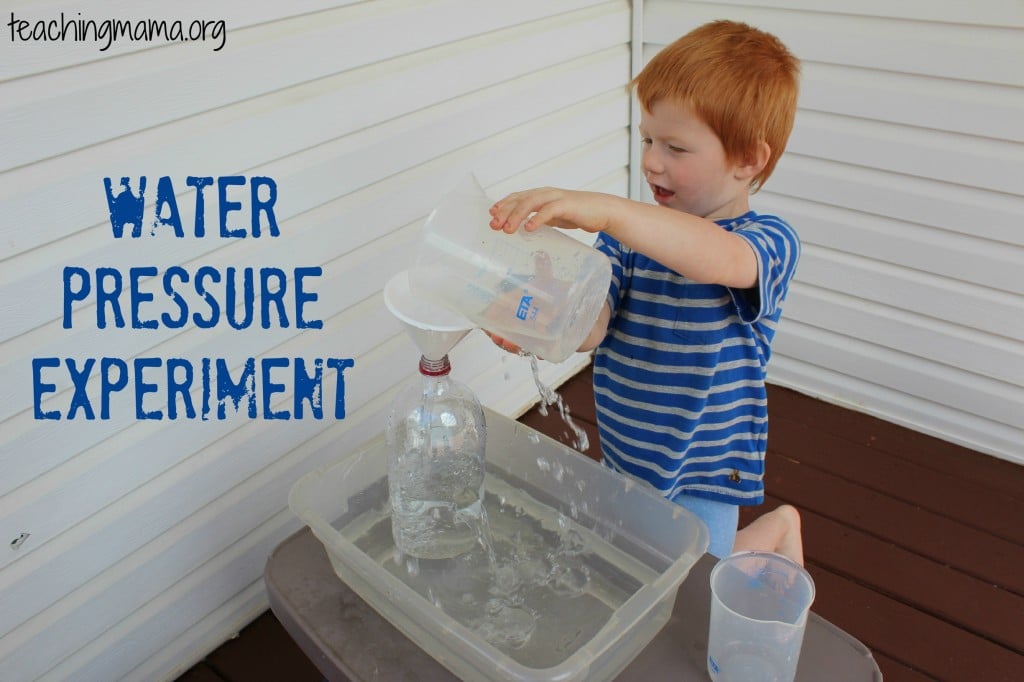 Next, we did a sink or float activity. Before our water experiments, we went on a walk around the neighborhood to collect various items. I had Troy predict which items would sink or float. 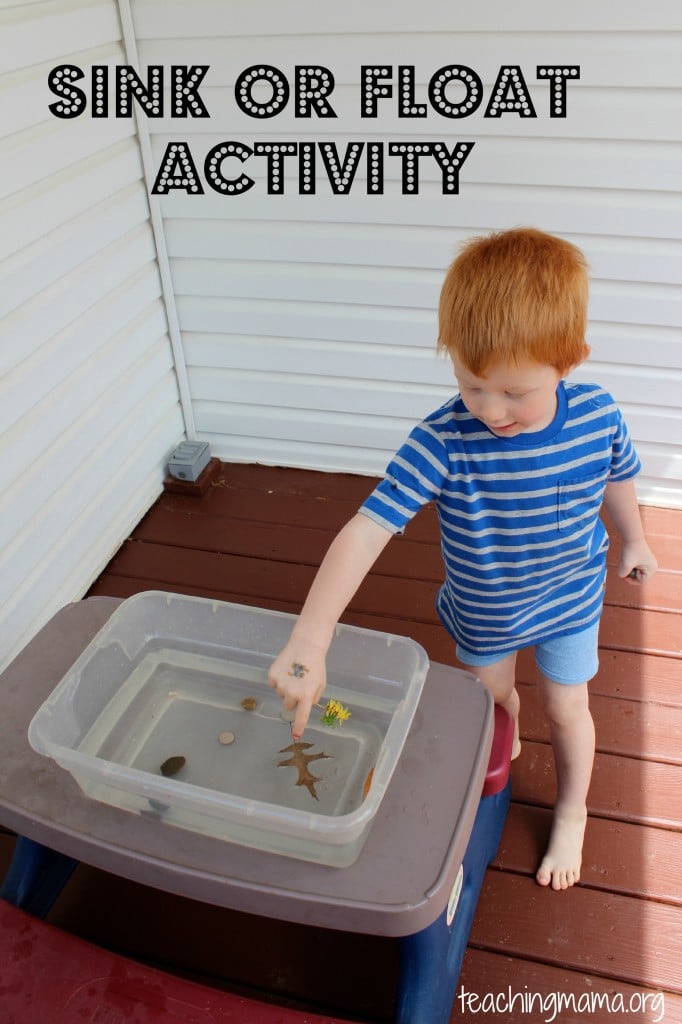 He was pretty accurate with his predictions. The items he got wrong were the pinecone and toy bug. He classified his findings by putting the items on the towel under float or sink. 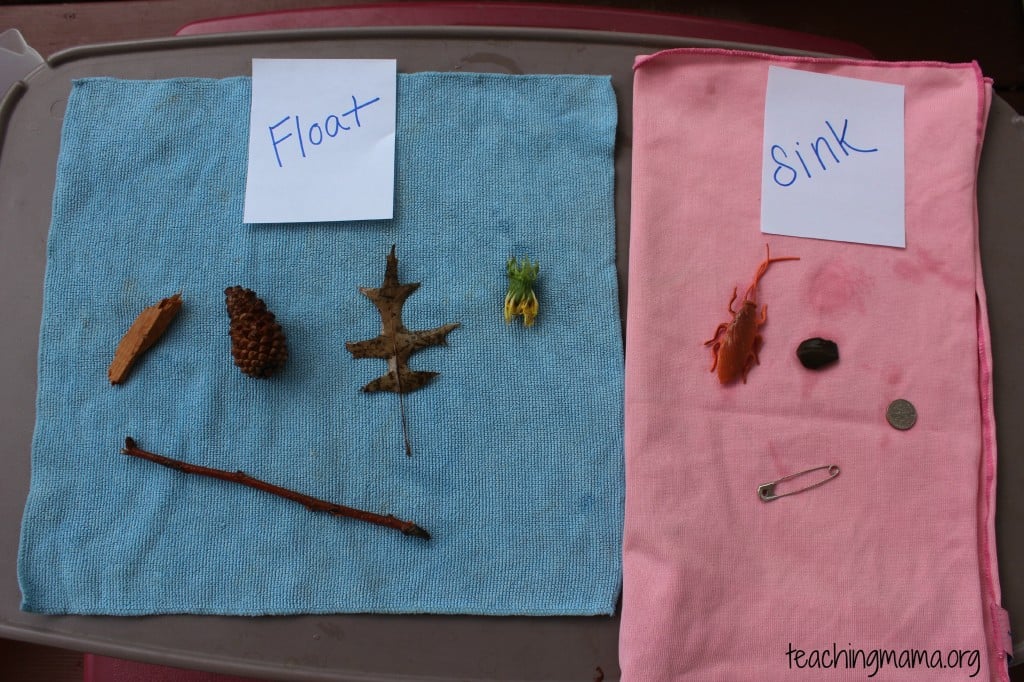 We also did an experiment with pouring our red colored water into our clear water. I asked Troy to guess how long it would take for the color to change to red. He said 5 minutes….but it was more like 5 seconds! 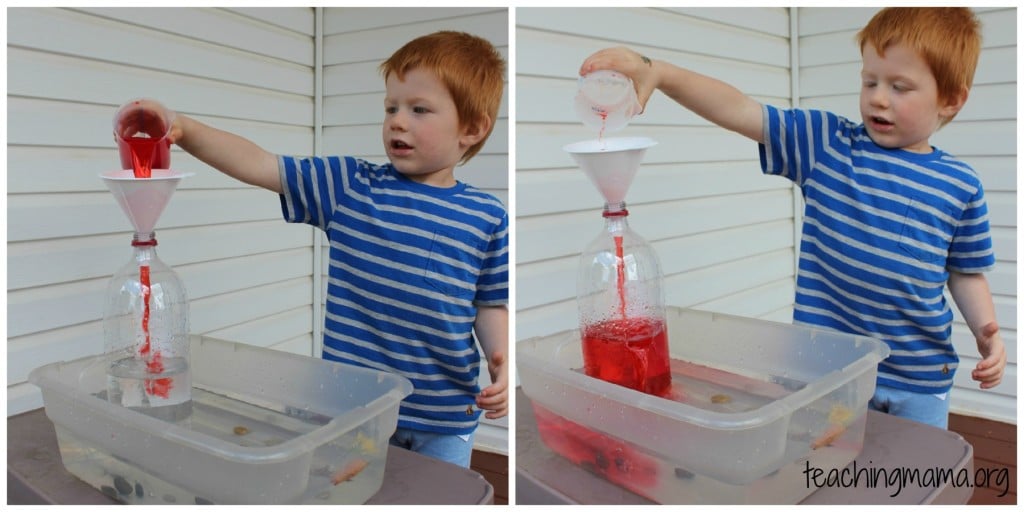 He was quite amazed as he watched the color red disperse and change the rest of the water. It’s fun to watch how kids enjoy the little things in life.

Our last experiment was to see how many quarters a plastic cup could hold before it sunk. Before we added the quarters, Troy guessed that it would take 5 quarters to sink the cup. We did the experiment and ended up with 13 quarters before it sunk. 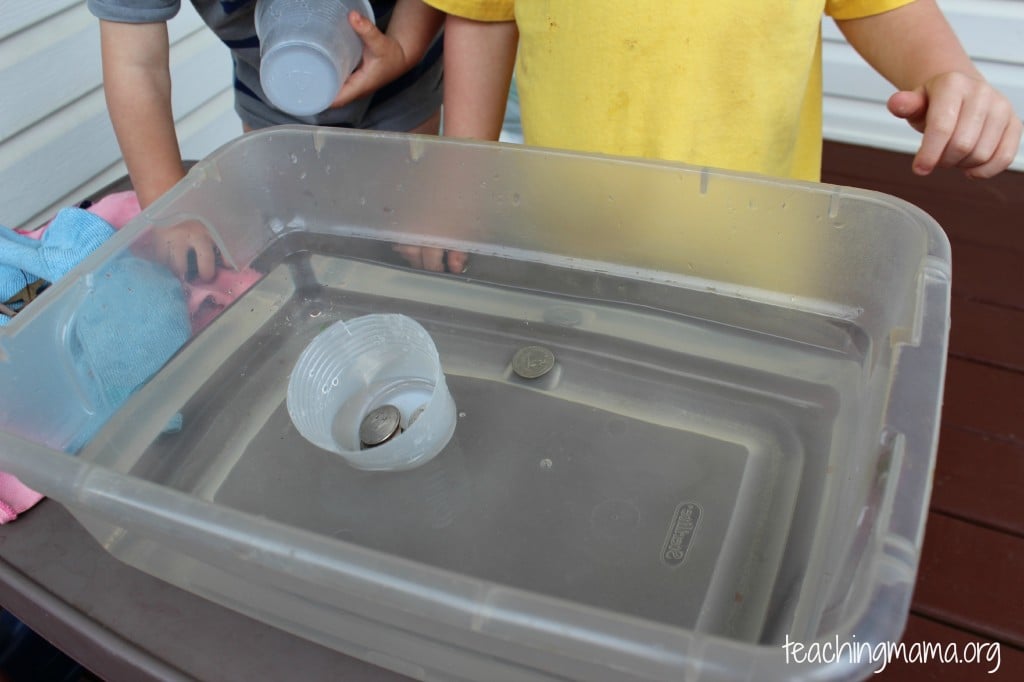 We had a ton of fun with these water activities. The best part is that we covered the following science concepts during these fun, engaging experiments: